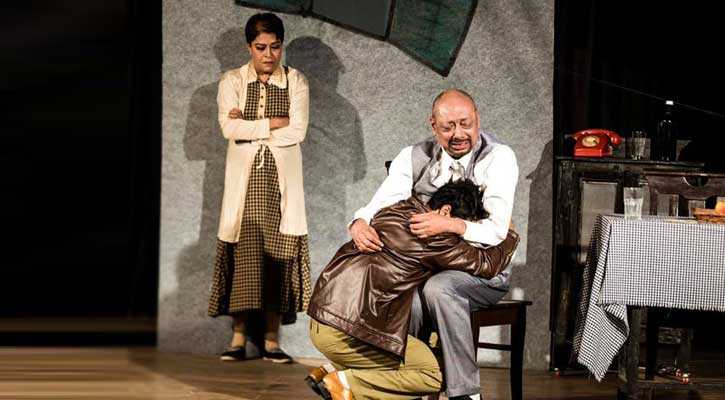 Indian film director, actor, and singer-songwriter Anjan Dutt is coming to Dhaka in a bid to perform in a stage drama titled ‘Salesman'er Shongshar’.

The drama ‘Salesman'er Shongshar’ is based on ‘The Death of a Salesman’ by Aurther Miller. Anjan himself composed it. And he is also going to perform in the lead role of Willy Lowman to portray the crises of a lower middle class man.

The drama is written from the desire to see society or politics in a secular way. Anjan tried to present the crises of middle class family like Miller did.

After his performance, Anjan will unveil his new book ‘Nattyonjan’ which is written on his personal experience of stage life under ‘Chapakhanar voot’ publication.

Notably, Anjan Dutt is one of the most remarkable Bengali singer who has gifted us with songs like ‘Ronjona’, ‘Bela Bose’, ‘Debolina’ and many other songs.