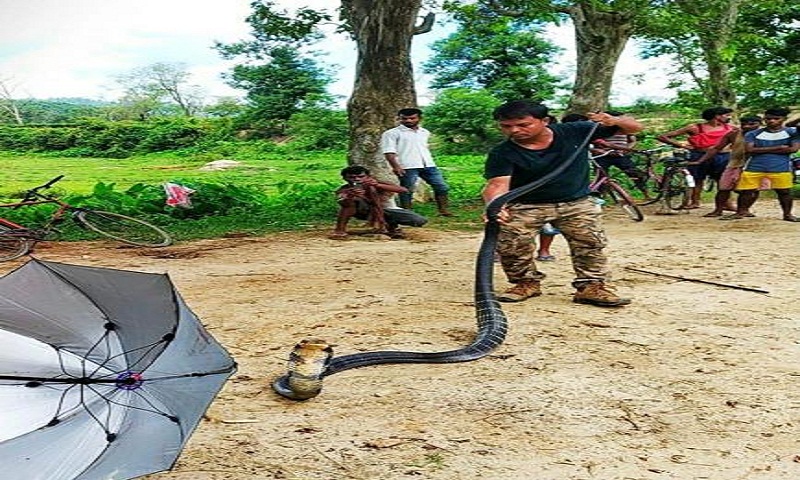 If you have ophidiophobia – fear of snakes – then this is where you should stop reading. Others, who can brave the fear of slithering reptiles, might gasp in surprise at the images of a 14-feet-long King Cobra that was recently captured in Assam.

The snake was first spotted by some workers at the Jiajuri Tea Estate in the Nagaon district, reports Time 8 – a news media from Northeast India. Quickly, the panicked people got in touch with a snake rescuer - Binod ‘Dulu’ Borah. He captured the snake and removed it from the Tea Estate.

The images of the huge long King Cobra were shared on Twitter by ANI. “It [the snake] was later released in Suwang Reserve Forest,” reads the post.

People couldn’t help but comment on the size of the snake.

The King Cobra is a venomous snake and it belongs to the reptile family Elapidae, reports Times 8.