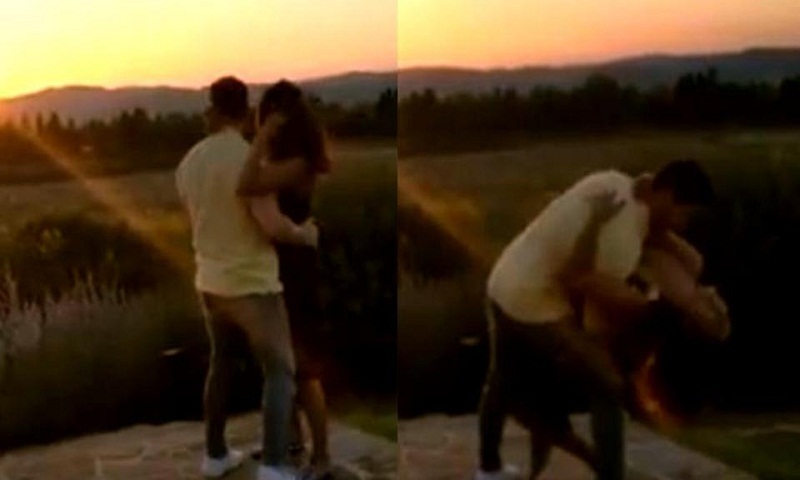 Actor Priyanka Chopra and husband Nick Jonas are still in Italy on an extended vacation after attending the wedding celebrations of his brother Joe Jonas and Game of Thrones star Sophie Turner. The couple recently attended a cookery class together and shared pictures and videos of pasta made by them.

Nick posted pictures and videos of their cookery date on Instagram with the caption, “Date night cooking extravaganza.” Priyanka can be seen stirring pasta sauce in a pan on the stove with a glass of wine in one hand. Her excitement is clearly visible as she explains how she can’t cook but when the chef is around to teach them, she feels that she can. She is also seen telling Nick that it’s good to have him around so that he can see that she atleast tried.

The other video shows Nick preparing pasta from the dough with the help of a pasta cutting machine. There are also pictures of the two proudly posing for the camera with their self-made pasta sheets.

Priyanka had earlier said during her appearance on ABC’s chat show, The View that she does not know cooking and can only make eggs and toast. Talking about not being able to cook for Nick, she had said, “He is from a good Southern home where his mother made food, and I am not like that. I am a terrible wife in that sense.” The actor had also revealed that Nick’s response to her lack of cooking skills was ‘amazing’ and said “When I told him I can’t cook, he said, “It’s alright babe, neither can I.”

After attending the wedding celebrations of Joe and Sophie in south of France, Nick and Priyanka headed to Paris to attend Dior’s show at the Paris Fashion Week. The couple dined with their family and friends at a party post the event. They are currently in Tuscany and have shared pictures of them soaking the Tuscan sun on Instagram.