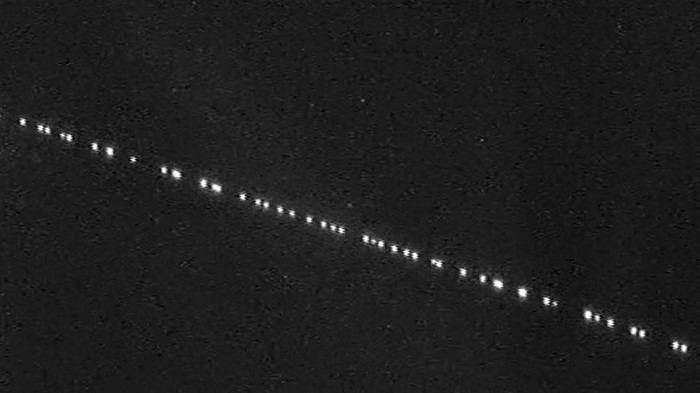 Amazon asked for US permission to launch 3,236 communications satellites, joining a new space race to offer internet service from low orbits and challenge the fleet planned by Elon Musk’s SpaceX.

Amazon in a July 4 filing told the Federal Communications Commission its Kuiper satellites will deliver broadband to tens of millions of consumers and businesses that now lack adequate access to the internet. The agency coordinates trajectories and radio-frequency use.

The FCC already has approved nearly 13,000 low-Earth orbit satellites. Those include 11,943 for Musk’s Space Exploration Technologies Corp., which launched an initial batch of 60 spacecraft in May.

At low-Earth orbit -- altitudes of 112 to 1,200 miles (or about 180 to 2,000 kilometers) -- satellites need to race around the globe to stay aloft, completing orbits in as little as 90 minutes. As one moves toward the horizon it will hand off signal duties to the next satellite coming by. Many satellites are needed if continuous, widespread coverage is the goal.

Amazon in its FCC application said its satellites would operate at altitudes of about 370-to-390 miles (590-to-630 kilometers).

“This is a long-term project that envisions serving tens of millions of people who lack basic access to broadband internet,” Amazon said in a statement in April, when the company’s satellite program first became public in a filing with the International Telecommunications Union.

In its FCC filing, Amazon said it will help serve US communities “by offering fixed broadband communications services to rural and hard-to-reach areas.”