'My strict Asian parents made me awkward and lonely' 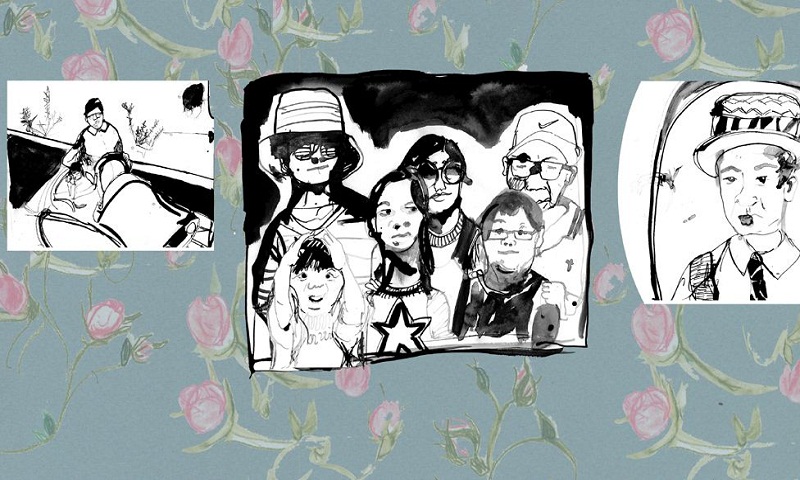 When one young woman asked for life advice in an online forum she got supportive messages from all over the world.

I never thought that when I posted about how lonely I felt on social media that I would get responses from all over the world. All of a sudden, I had people giving me advice and offering to be my friend, and many of them said they felt the same way too, from time to time.

I was feeling really lost when I wrote an anonymous essay in a Facebook group called Subtle Asian Traits. I felt that the people in the group might be able to understand me, because we're all from a similar cultural background.

I'm really in need of some life advice! I'm just really lost right now about what I should do.

The situation is that my parents have been overbearing + overprotective most of my life and I remember not being allowed over to friend's houses as a kid...

I'm Australian-Chinese, and I feel like there's something about being from an immigrant background that makes our parents really strict in raising us, especially girls.

I love them but I think it has really affected the person I've become. I'm shy, introverted, and I can't keep friends for very long.

I was lonely during my adolescence and I'd say even more so now because it's so much harder to make friends as an adult, when everyone already has strong friendship circles.

I'd love to have friends.

I moved out of my parents' house last year, but I barely know anything about the world and how it really works, or how to "play the game" at work, or when dating, and in my social life.

I feel like I'm mentally five years younger than I am.

I'm turning 25 soon and I feel like I'm only just breaking out of my shell. I want to make a change, but I'm not sure how to start.

Until I moved out, I still had a curfew at 9pm. There would always be questions: "Who are you going out with? How will you get there? Who is picking you up?"

My mum would say goodbye at the door saying, "Be back before nine or I'll call the police."

When it got close to my curfew, she'd send me loads of texts. My dad would send emails at the same time. But no-one checks emails when they're out so I'd only see them the next day in my inbox.

Dad would write things like, "Why not come back yet!" When he used an exclamation point, I knew he was angry. Or he might try the softer approach "Dinner is ready," to entice me.

When I was 21 they actually did call the police. I had moved from Canberra to Sydney to work as an intern for three months. My parents made me stay with family friends, who monitored my comings and goings.

At the end of the internship we had a work party, but the family friends waited up and notified my parents.

Mum and Dad kept sending me messages. "Why are you not at home? You should go back now." I texted them that I was at a work party, and that it was loud, but my mum didn't stop calling.

I finally picked up, to hear her yelling, "How do we know you're not a hostage and it's the kidnapper typing on the phone for you?!" Even though I told her I was fine, she was hysterical, screaming, "Someone has taken you hostage!"

That's the angriest I've ever heard my mum. My parents made good on their threat and called the police - who told them they couldn't do anything because I was 21!

This past New Year's Eve I was out celebrating until 1am and my parents did the same thing, threatening to call the police. They tried to contact everyone they knew I was with. It was upsetting because it's so rare for me to go out to a party and I couldn't enjoy myself because my parents were calling me non-stop.

I'm too old for this to still be happening.

I think my parents' behaviour definitely played a role in preventing me from fostering good friendships.

They wouldn't let me go to friends' houses in primary school because they had the idea that girls shouldn't stay out - it would "give the wrong idea".

They always had to know every last detail about my classmates. They trusted me to hang out with a Vietnamese girl because they knew her parents. Another friend was a Lebanese girl because my parents saw her as studious. Any friends had to be female.

When I was 13 they would keep track of all of the people I spoke to online. Once they looked through my entire email inbox, deleting hundreds of my emails as they went.

When I was 15, my mum would still hold my hand crossing the road.

Out of all of us, my oldest brother has been affected the most by my parents' behaviour. He's nearly 30 and has never had a job. He never leaves the house, he just plays video games all day.

He blames my parents, because as the first-born, he carried the brunt of their expectations. He would get a test score of 96/100 and then be scolded for not being good enough. He went to a good university and did a Masters' degree, but he's too proud to accept a low-paid admin job, and our mum encourages this attitude. My dad tried to get him any kind of job - fork-lifting, retail, or fast food - but mum was against it because "He's got a Master's degree!" She would rather he was dependent on them, even though he's 29.

He can't take rejection and doesn't have the emotional capacity or communication skills to function in the world.

It's ridiculous, if my parents go on a cruise, they just take him with them. He's eternally a child.

My second brother got bad scores at school so there was less pressure on him. He didn't go to university, started working from 16 and now has an above-average salary as a financial analyst. He's 27 now and isn't close to our parents.

My sister is the youngest and she knows how to sweet-talk my parents. She's learned how to lie well so she can have some freedom. She has become adept at manipulating them because she's observed how our parents have treated the rest of us.

Once I asked my mum directly, "At what point will you stop policing me?"

Her response was, "You can be over 40 and I'll still do it." She was totally serious. She assumes that I'll be single the rest of my life.

In movies, I see that girls have support groups to chat about work or dating and share advice. If I had friends like that I don't think I would have made as many mistakes in attempts at romantic relationships.

Since my post, lots of people have written to me and I've been responding as quickly as I can. I can't even begin to describe how great this feels.

One guy told me his parents were strict too, so he rebelled. He went out and experienced everything he had missed out on - drugs, alcohol, one-night-stands. We talked about how it feels to have no hope. We talked on the phone for two hours. I think he's going to be a mentor.

People have recommended books - self-help books and novels. I have lots of posters in my room so I'm going to stick their recommendations up along with some other tips.

There was one message that I found quite helpful, to go and see a psychiatrist and ignore the stigma of talking to someone about your mental health.

Another piece of advice was to get a hobby, then friends will come naturally. That makes sense though isn't quite as simple as it sounds.

When I was a kid, I played the piano and did art, and I like cross-stitching... but these are mostly solitary activities.

I also really love board games - but these are things that you need other people to even start doing.

Wish I could go hiking with someone, go to the beach and explore. I would love to travel overseas.

I know I have to put myself out of my comfort zone. My goal, ultimately, is happiness, but that's kind of abstract and hard to pin down. But if my goal is to overcome a challenge, the by-product could be happiness - and friends. That's easier to achieve.

If you like a TV series, don't hesitate to contact fandom communities! They're friendly, and obsessing about things you love with other people will help build connection.

A psychology trick is to consistently do things with a confirmation phrase. I used "trust me" for my parents, so when you tell them facts, add "trust me" at the end. Also try nodding when you ask for things and smiling while you ask.

Volunteer at a charity, join a book club, choir, competitive Frisbee - whatever! Try lots of different things even if you don't think you'll love it. The more exposure you have to the world the more you will learn and grow as a person.

Be brave and ask people out. If they say No, don't take it personally and move on.

If you aren't an extrovert, you'll burn out. Take it slow, let proximity (workplace/interest groups/clubs/extra classes) and time do their thing.

Find out who you really are. Take yourself out on dates, treat yourself. The more confident and comfortable with yourself you are, the more you will attract like-minded people.