Irrfan, Nawazuddin may team up for a thriller 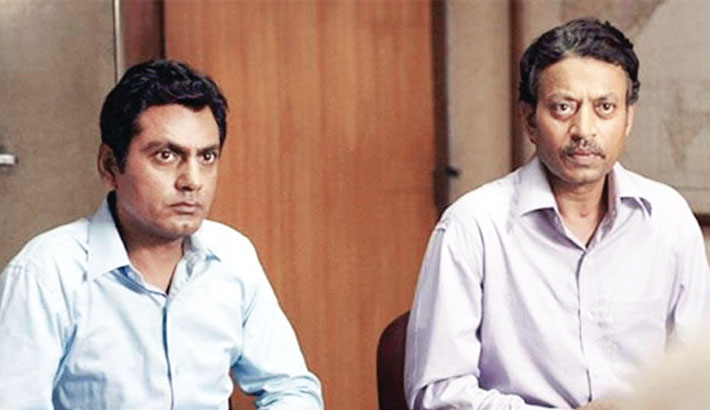 Actors Irrfan Khan and Nawazuddin Siddiqui may soon team up again for a thriller after six years. Filmmaker Honey Trehan reportedly plans to bring together the two actors for a film that is currently in pre-production, reports mid-day.

A report quoted a source as saying, “Honey was supposed to direct Irrfan and Deepika Padukone for his directorial debut.

When the project did not materialise, he joined forces with Nawazuddin for the crime thriller, Raat Akeli Hai.

Now that the movie is wrapped up, the casting agent-turned-director has trained his focus on his next — an intense thriller with two male protagonists.

Given the character sketch of the protagonists and the subject, he feels that Irrfan and Nawaz fit the bill perfectly.”

“Honey has discussed the film’s premise with them, and the two actors have agreed in principle. Although Honey has begun the pre-production, the schedule will be chalked out after taking Irrfan’s health into consideration. Further details will be worked out by next month,” the source further told the tabloid.

Irrfan and Nawazuddin were previously seen together in Ritesh Batra’s The Lunchbox that also featured Nimrat Kaur.

While Irrfan is currently shooting Angrezi Medium in London, Nawazuddin has a long list of films lined up in his kitty.

Angrezi Medium also stars Kareena Kapoor Khan and Radhika Madan and is a sequel to the surprise hit Hindi Medium that addressed issues in the education system of our country. Nawazuddin has Bole Chudiyan, Ghoomketu and Raat Akeli Hai.