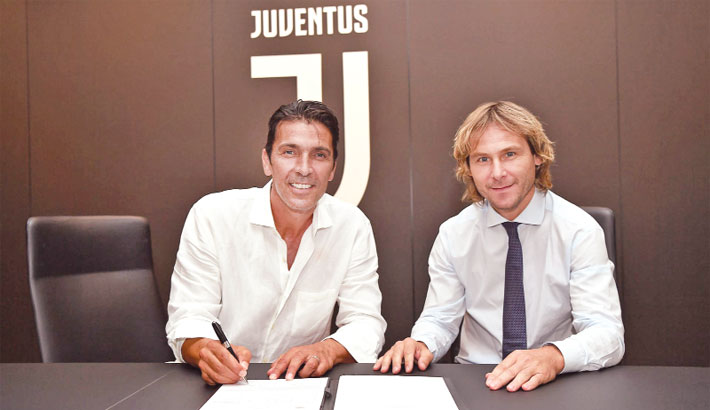 Gianluigi Buffon said “life is incredible” after sealing his return to Juventus after a one-year absence. The 41-year-old has rejoined the Turin club after a season at Paris Saint-Germain and will act as an understudy to Wojciech Szczesny for the 2019-20 season, reports theGuardian.

The former Italy goalkeeper said: “I am happy to have returned home and to have the opportunity to embrace you and be embraced by you again.

“This is one of the most beautiful and happiest days of my life. Today I received confirmation that life is incredible and it’s always worth dreaming.”

Buffon enjoyed a trophy-laden 17 years with the Serie A champions before moving to Paris last summer. The 2006 World Cup winner, who underwent a medical on Thursday morning, arrives on a free transfer after winning the Ligue 1 title during his single season in France

Buffon who never hid his desire to play with arguable one of the best footballers of history, Cristiano Ronaldo, has now joined him at Turin as Juve now will definitely be a more threat to the other European giants than the last year and the Italian might end his UCL trophy drought with the Portuguese.