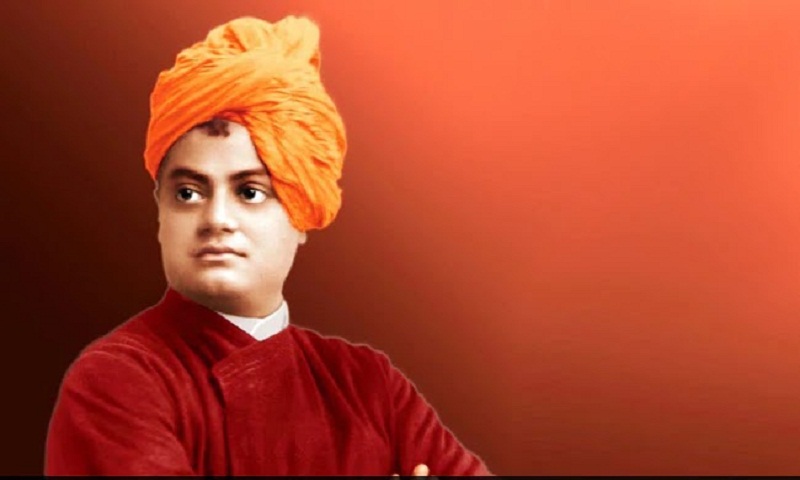 Swami Vivekananda, the man who startled everyone when he opened his speech with, “My brothers and sisters of America” at the World Parliament of Religion in Chicago in 1893, was an intellect and a spiritual leader. His great orating skills and grandeur knowledge put the Indian religion on the world map along with other religions. Vivekananda was a man with deep footing in both science and religion. Science gave him answers to the ‘how things work?’ and spirituality taught him about all the ‘why’s’ of the world. His teachings showcased how science and religion can co-exist in harmony without coming in each other’s way.

Vivekanand’s voice has been silent for a long time now but, his teachings still reverberate. After, the demise of Vivekanand’s guru, the devoted student gave up all the worldly happiness and became a renowned monk. He travelled on foot the breadth of the country and gained knowledge of the diverse culture and religion.

The Ramakrishna mission founded by Vivekananda focused on serving the distressed population of India. His spiritual teachings stressed upon the freedom of the soul as the epitome of religion. Messages of world peace and brotherhood were prominent in his teachings. It is now more than ever that we need his teachings to get through this catastrophic time.

On his death anniversary, here are some of his memorable quotes to understand life better and how to make the most of it.

“You have to grow from the inside out. None can teach you, none can make you spiritual. There is no other teacher but your own soul.”

“In a conflict between the heart and the brain, follow your heart.”

“In a day, when you don’t come across any problems - you can be sure that you are travelling in a wrong path.”

“The great secret of true success, of true happiness, is this: the man or woman who asks for no return, the perfectly unselfish person, is the most successful.”

“The greatest religion is to be true to your own nature. Have faith in yourselves.”

“Anything that makes weak - physically, intellectually and spiritually, reject it as poison.”

Arise, awake, stop not till the goal is reached.”

“Neither seek nor avoid, take what comes.”

“The fire that warms us can also consume us; it is not the fault of the fire.”

“Take up one idea. Make that one idea your life; dream of it; think of it; live on that idea. Let the brain, the body, muscles, nerves, every part of your body be full of that idea, and just leave every other idea alone. This is the way to success, and this is the way great spiritual giants are produced.”