Swine fever: How is Asia coping with the outbreak? 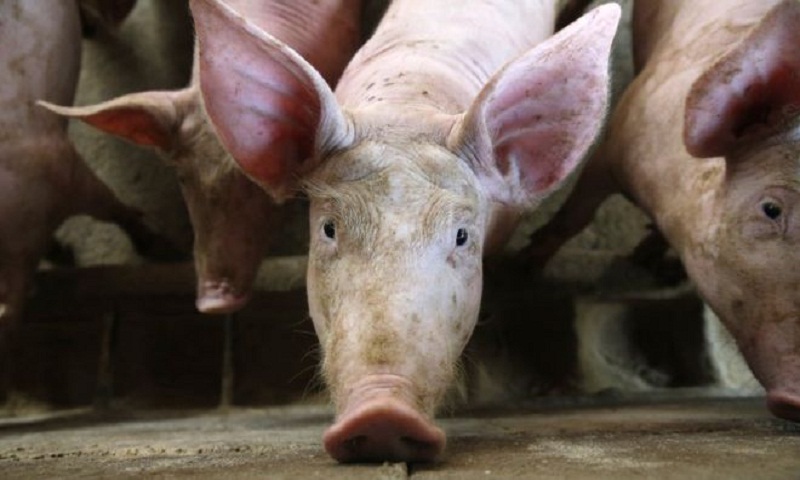 Countries across Asia are struggling to contain an outbreak of swine fever, which is threatening the livelihoods of millions of families that rely on pig farming.

The highly contagious and incurable virus is deadly to pigs but not dangerous to humans.

The disease originally spread from Africa to Europe and is now affecting several Asian countries, where pork features heavily in the diet.

It's raising particular concern in China which has half the world's pigs.

Reality Check looks at the measures being taken to contain the disease.

China reported a swine fever outbreak in August 2018 and since then, the virus has spread to almost all parts of the country, says Martin Yip, of the BBC Chinese service.

Authorities moved to cull pigs and shut down live meat markets after confirmed outbreaks, as well as banning farmers from feeding their animals with human food leftovers. This is a common practice for small-scale domestic pig owners which risks spreading the disease.

China has been praised by Dr Monique Eloit, the head of World Organisation for Animal Health (OIE), for its effort to combat swine fever.

However, some people suspect the scale of the outbreak has been under-reported.

Many people in China rely heavily on pork, and the economic consequences could be devastating for farmers.

Pork prices rose by 29.3% in the year to May, according to government figures, and could rise even higher.

In February 2019, Vietnam became the third Asian country, after China and Mongolia, to report the outbreak, says Quynh Le, of the BBC's Vietnamese service.

As of 17 June, the disease had spread to 58 out of 63 cities and provinces. The government warns that the outbreak poses the biggest challenge yet to the country's livestock industry.

In March, the prime minister banned the transportation, trade, slaughtering, and consumption of pig and pork products suspected of being smuggled into the country.

Famers have been promised compensation for culled pigs worth a minimum of 80% of the market price.

The outbreak has remained severe in spite of government efforts.

It is projected that pork production in Vietnam will fall by at least 10% this year.

North Korea reported an outbreak of African swine fever to the World Organisation for Animal Health at the end of May, says Hyung Eun Kim of the BBC Korean service.

South Korea offered quarantine and medical assistance to the North, but officials say they've had no response.

However, North Korean state media has been warning people about the disease since the end of 2018, says Jo Chung Hee, a North Korean defector who used to work in the country's agriculture department.

South Korea is taking measures to prevent the disease from entering the country. These include a ban on using food waste to feed livestock.

The South Korean military has been authorised to kill any wild boars seen crossing the zone which separates North and South Korea.

It's unlikely that infected boars would be able to cross this heavily fortified and mined region. But the South Korean prime minister has visited the area several times to raise awareness of the disease.