Doordarshan connected with BS-1, BTV to be aired in India soon

The connection between Indian Doordarshan and Bangabandhu Satellite-1 (BS-1) has been established to telecast Bangladesh Television (BTV) programmes in India.

The connection was fixed on Wednesday and with this technical development, stage is set for airing BTV in India through DTH (Direct-To-Home) platform of Doordarshan, the state-owned TV channel of India, officials said.

Meanwhile, confirming the matter, Bangladesh Television (BTV) authorities on Thursday told media that all preparations were completed and airing BTV in India in any time.

“Already all official and technical matters are finalised. Now, we are fully ready to start airing BTV in India at any time,” said Director General of BTV SM Haroon-or-Rashid.

He said the BTV and Doordarshan’s technical teams have seen BTV last evening by down linking its programmes at Doordarshan’s earth station by fixing alignment of BS-1.

“We are happy that picture quality of BTV was seen very good. We are getting a very good signal,” said Haroon, who is leading a 3-member BTV technical team here to finalise technical aspects with Doordarshan.

During the last two days, the BTV DG and his team held a series of meetings with their Doordarshan counterparts to discuss technical aspects before going for formal telecast of BTV in India.

When asked, Haroon said after returning home, he will sit with higher authorities to fix a date of starting telecasting BTV in India formally. “We are fully ready….we can go for operation any time,” he said.

Bangladeshi private TV channels also can grab this opportunity to telecast their TV channels in the neighboring state, he added.

Initially, the viewers would be able to watch BTV World service programmes in India.

Earlier, a working agreement was signed on May 7 to this end when the new information and broadcasting minister of India approved the deal on June 19.

However, another deal has been made to make Bangladesh Betar available in India, officials said. 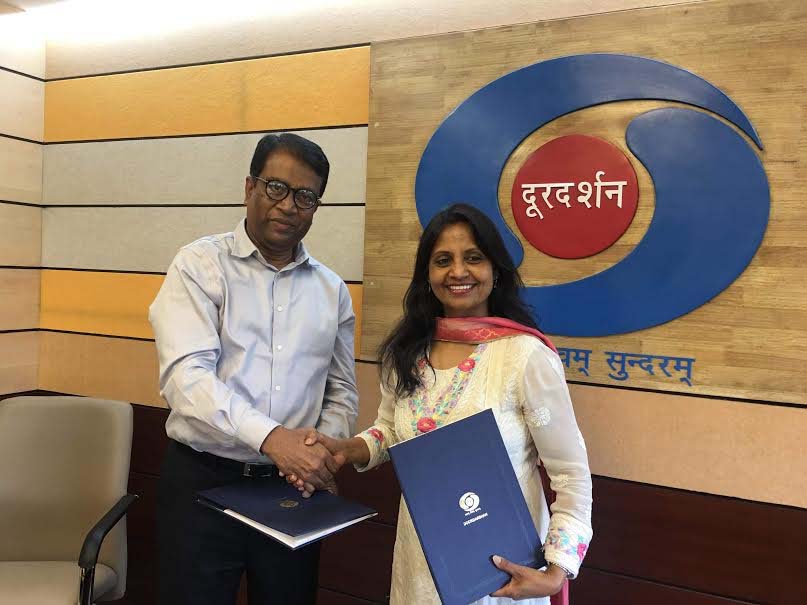 French manufacturer Thales Alenia Space launched the BS 1 in May 12 from Florida of America at a cost of Taka 2,765 crore and according to the plan, it will reach break-even within seven years of starting its commercial service.

Located at the 119.1 east geostationary slot, BS-1 would cover the SAARC countries and Indonesia, the Philippines, Myanmar, Tajikistan, Kyrgyzstan, Uzbekistan, Turkestan and a part of Kazakhstan.

The coverage is the strongest in Indonesia, the Philippines, India, Sri Lanka, Nepal and Bhutan, for which these six countries have initially been chosen for business.