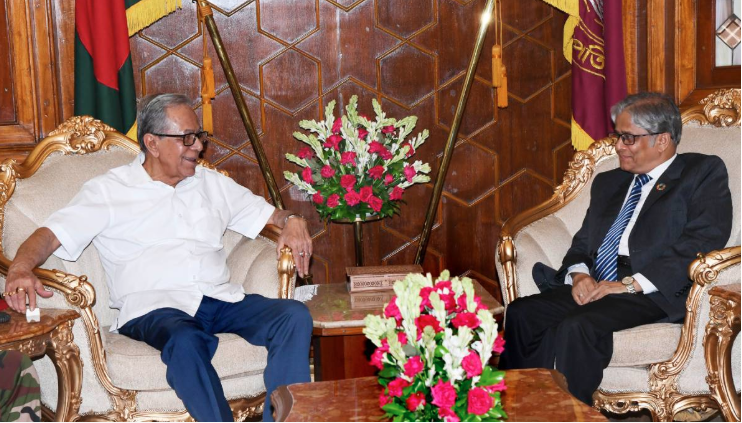 President Abdul Hamid on Thursday expressed the hope that all the universities will take effective steps to hold elections to their respective student unions.

“Election to student unions will help grow new leadership in the country,” he said when Dhaka University Vice-chancellor Prof Md Akhtaruzzaman met him at Bangabhaban.

Prof Akhtaruzzaman also informed the President about the preparations to hold the upcoming 52nd convocation of the university in December next and celebrate the birth centenary of Father of the Nation Bangabandhu Sheikh Mujibur Rahman in 2020.

During the meeting, the VC also apprised the Chancellor of various academic activities and ongoing development issues.

Secretaries concerned to the Bangabhaban were present during the meeting.