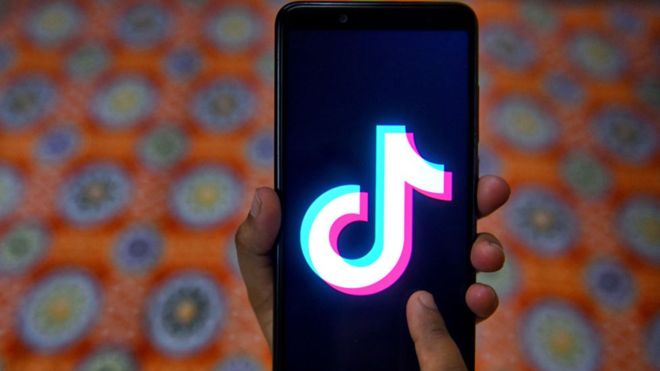 An Indian woman has been reunited with her husband, who had been missing for three years, after she spotted him on the TikTok app.

Police said that the man had fled in 2016 and since then had been in a relationship with a transgender woman.

A relative of the wife had first spotted him in a video with the transgender woman, which set off a police search.

Police said they had "counselled" the couple, who are now back together.

They found the husband, Suresh, in Hosur - a city in the southern state of Tamil Nadu, which is 200km (125 miles) away from where his wife lived in Viluppuram district.

"We contacted a transgender organisation in the district who were able to help us identify the transgender woman in the photo," police told BBC Tamil.

The wife had previously filed a missing persons case with the police soon after he fled - but they had been unable to find him at the time.

TikTok, an app which allows users to create and share videos, has taken India by storm.

It has more than 120 million users in the country, but has also faced criticism from some for hosting inappropriate content.

In April, a court in Tamil Nadu ordered its removal from app stores over concerns that it was being used to spread pornography.

But the ban was lifted a week later.