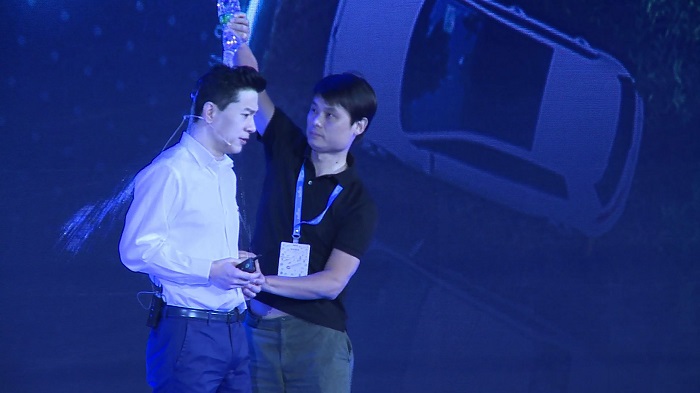 A man has been detained for five days by Beijing police after he poured water over the head of Baidu CEO Robin Li as he delivered a speech at a conference, authorities said Thursday.

Robin Li was speaking about Baidu's autonomous car development at an event on Artificial Intelligence on Wednesday when the man stormed onto the stage and emptied a water bottle over his head.

The tech billionaire, who co-founded the internet giant, stood stunned for a moment as the water poured down his face.

"What's your problem?" he said in English as his assailant walked off the stage.

"Everyone can see that the path of advancing AI will still encounter all types of things we don't expect," Li then added, calmly resuming his presentation to applause despite his drenched white shirt.

Police carried out an investigation after Baidu employees reported that "a man had disturbed the order at a company activity."

Baidu has had a rough year posting its first quarterly loss since going public in 2005 during the first quarter, with the head of its core search engine business also resigning.

The company has faced heavy criticism in China in recent years after a medical advertising scandal and discontent with changes to its search result listings that favour its own content.