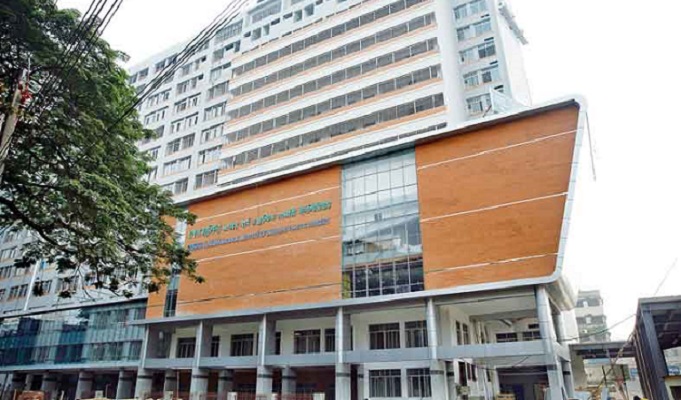 Opening up a new horizon in burn treatment across the globe, Sheikh Hasina National Institute of Burn And Plastic Surgery will start its formal functioning from Thursday (Tomorrow).

Health and Family Welfare Minister Zahid Malik will inaugurate the programme of the specialised hospital, a centre of excellence for treatment, research and studies.

The 17-storey institute on 76 acres of land located at Chankharpool, next to the Mayor Mohammad Hanif Flyover, will provide advanced treatment to burn patients while physicians and nurses will also get trainings to enhance their professional excellence, he said.

The hospital has a helipad on its rooftop for use of the emergency patients and also a car parking with a capacity of 180 vehicles.

Later it was transformed into the institute on Dr Md Shahidullah Sarak in Chankharpool area here raising its capacity to 50 beds under the supervision of Prof Dr Samanta Lal in 2003.

Before and after the 2014 general polls, the country experienced horrifying arson and patrol bomb attacks by a political alliance which strongly opposed the polls and boycotted it as well.

Several hundred innocent people were killed and scores of others sustained serious burn injuries that created a great trouble for the hospital authority in providing proper treatment due to lack of adequate arrangements in the hospital.

Earlier, a devastating fire at Nimtoli in old Dhaka claimed as many as 127 lives on June 3 in 2010.

Subsequently, it was endorsed at the meeting of Executive Committee of the National Economic Council (ECNEC) on November 2015.

On April 6, 2016, Prime Minister Sheikh Hasina inaugurated the construction work by laying the foundation stone of the institute.

The Bangladesh Army’s engineering core started its construction work on April 27 in the same year.

The premier inaugurated the service of the burn institute on October 24 last year.