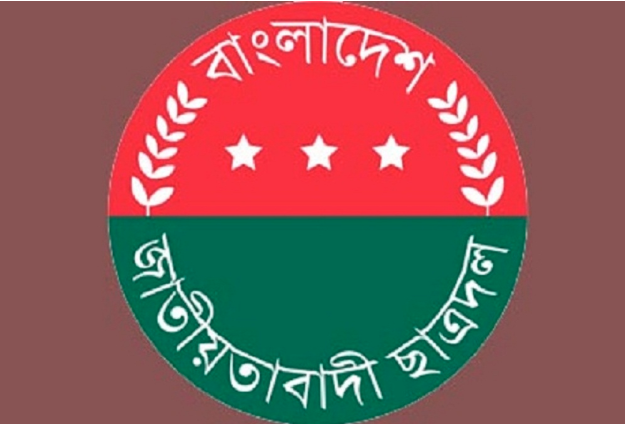 The aggrieved leaders of Jatiyatabadi Chhatra Dal’s (JCD’s) dissolved committee finally withdrew their movement on Wednesday accepting the organisational decision to form a new committee with a specific age limit.

They came up with the announcement at a press conference at BNP’s Nayapaltan central office offering an apology for various ‘unpleasant’ incidents, including locking BNP central office, during their demonstrations.

“We’ve got hurt and shocked over some unpleasant incidents took place in BNP's central office and adjoining areas centring Chhatra Dal’s overhauling process. The party’s image has got dented with such incidents. We apologise for what happened recently,” the statement reads.

In the statement, the JCD leaders further said, “At the same time, we pledge to follow the instructions of (BNP) acting chairman Tarique Rahman remaining loyal to the party's decision."

They also claimed that they were not involved with any untoward incident and they think any vested quarter carried out those taking advantage of the chaotic situation.

JCD's last committee was formed on October 14, 2014 with Rajib Ahsan as its president and Akramul Hasan as general secretary, and it was dissolved on June 3 last.

A BNP press release, signed by Rizvi on June 3, said candidates planning to vie for various posts will have to be primary members, students of any educational institution in Bangladesh, and must have passed SSC and equivalent examinations either 2,000 or later on, prompting a group of leaders staging demonstration since June 10 seeking the withdrawal of the age limit.

Amid the row over the formation of its new committee maintaining a specific age limit, BNP on June 23 announced that the council of JCD will be held on July 15.

A day before, the party expelled a dozen demonstrating leaders of Jatiyatabadi Chhatra Dal hours after they announced to continue their movement until their demand for the removal of age limit is met.