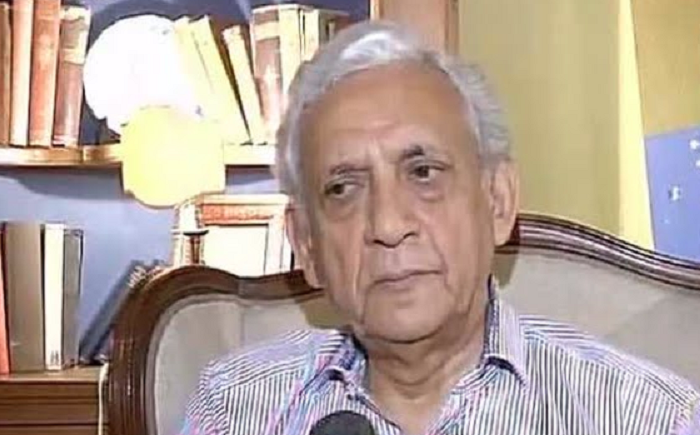 “The long-pending Rohingya crisis is now Bangladesh’s problem but it will be the entire world’s problem tomorrow,” he said, addressing the inaugural session of a seminar in the capital as the chief guest.

“What is happening in Myanmar? It is something that all countries of the world should be concerned,” the adviser added.

Bangladesh Institute of International and Strategic Studies (BIISS) arranged the seminar titled ‘Bangladesh-India Cooperation in the Changing Regional and Global Context’ at its auditorium.

Dr Gowher said the large migration of Rohingyas from Myanmar to Bangladesh was not the result of some localised, inter-communal or inter-sectarian conflict.

“It was deliberate, it was planned, it was genocidal….it was a part of what Myanmar visualises. Myanmar considers itself Buddhist people of Chinese-origin,” he said, adding it think the darker people of Rohingyas are Muslims, not above this.

The PM’s adviser said Myanmar has systemically worked over decades to eliminate the Muslim minorities from its soil.

“They (Myanmar) have changed their constitution. They have made Rohingyas citizen-less. This did not happen overnight. But, I am saying this coldly plan was genocide and exodus occurred among the minorities in Myanmar,” he said.

“Yes, it (Rohingya crisis) is a Bangladesh’s problem today but it will be the entire world’s problem tomorrow,” Dr Gowher said, adding the exodus of the large number of Rohingyas in the borders of Bangladesh and India will also threaten the security of the both countries.

“We’ve already noticed weapons are coming in the region. And before long, if we are not careful and internationally we do not work together, this will be the biggest (reason of) instability in the region,” he added.

About bilateral relations, the PM’s international affairs adviser said Bangladesh-India relations are very important as both the countries want to prosper together strengthening their existing ties.

Highlighting the regional trade, he said the value of trade is one economic indicator but many other issues are related to bilateral trade.

“There is no question about it. It is a win-win opportunity … At the same time, we cannot stay away from the Belt and Road Initiative because that is also an important opportunity for us,” he said.

Taking part in the discussion, Director General of the Institute for Defense Studies and Analyses (IDSA), India, Ambassador Sujan R Chinoy said the existing bilateral ties between India and Bangladesh is a role model for many other countries.

Mentioning that the Indian government wants inclusive economic development not only in India but also in other countries in the region, he hoped that many Indian companies would come to Bangladesh with their investments in the future.