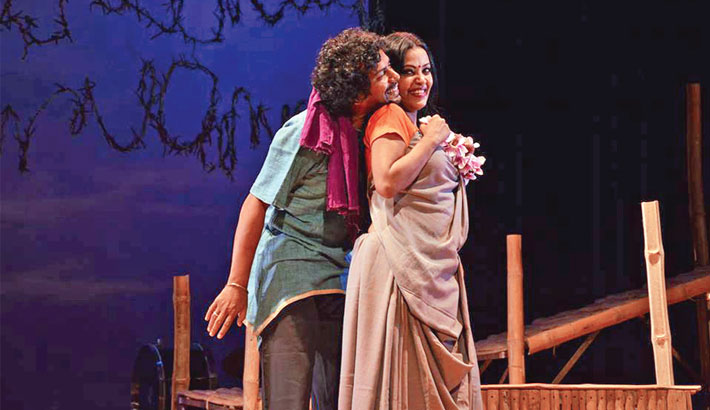 The play Bhangabanga, written by thespian Mamunur Rashid and directed by Faiz Zahir, depicts the story of the tragic-comedy Bhangabanga based in a village on the Bangladesh-India border in Benapole following the partition in 1947.

It portrays the people of Benapole (Bangladesh) and Haridaspur (India). Several of Tagore’s characters like Bishu Pagla, Malini, Nandini, Bosonto Roy, Aparna, Nabin, Raja and others are involved in like small business, trafficking, prostitution, among others.

Tagore’s writings and songs are referenced in Bangabhjanga, as some of his songs are featured. It includes the love story between Raja of Benapole and Malini of Haridaspur, showing love breaking the barriers of barbed wires.  The play comes to a major climax when it is shown that an unknown person who has arrived intends to visit Patisar, in Bangladesh.