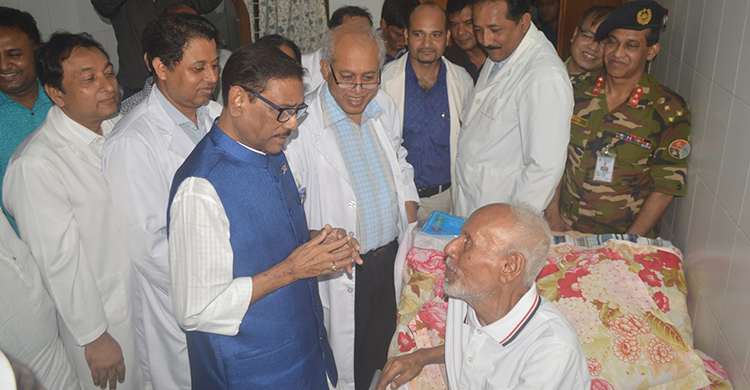 The minister went to the hospital and spent some time besides the ailing actor. He inquired about his health condition and his treatment.

Earlier, the noted actor was admitted to capital’s Asgar Ali Hospital on April 26.

Born at Dowlatpur of Noakhali in 1941, ATM Shamsuzzaman received Ekushey Padak in 2015.

The actor won the five times National Film Award in his long career.