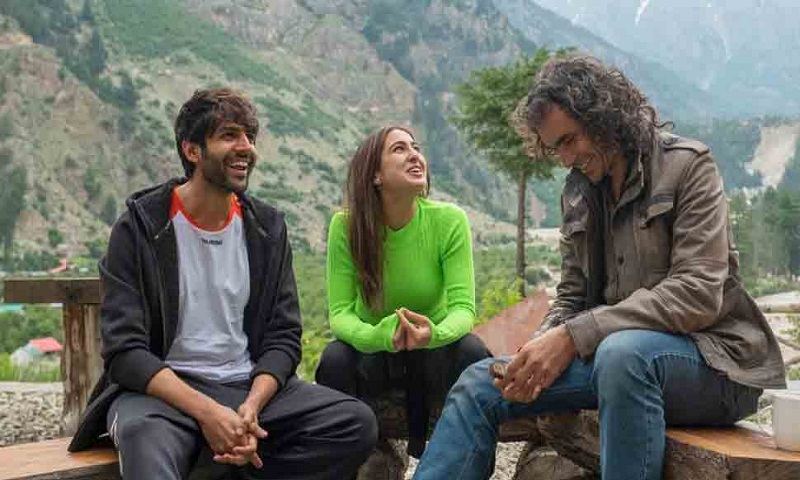 Actors Sara Ali Khan and Kartik Aaryan, who had been shooting for Imtiaz Ali's next tentatively titled 'Love Aaj Kal 2' in Shimla, have wrapped up the film. The shooting of the film has been wrapped in 66 days. The makers have been shooting extensively for the film in the hill town of Himachal Pradesh.

On Monday, actor Randeep Hooda, who also features in the yet untitled film, shared few pictures from the sets and announced, "It's a WRAP!! 66 days & a million memories :) #ImtiazAli ’s next starring @TheAaryanKartik, #SaraAliKhan and @RandeepHooda. Releasing on 14th Feb 2020."

The film is a sequel to 2009 release 'Love Aaj Kal' which starred Saif Ali Khan and Deepika Padukone and is one of the most anticipated films. A few months back, Kartik and Sara's kissing scene from the set of the film had leaked and went on the internet.

The film is slated to hit screens on Valentine's Day 2020 and may clash with Ayushmann Khurrana's 'Shubh Mangal Zyada Savdhaan' and Disha Patani-Aditya Roy Kapur's 'Malang' at the Box Office.

Speaking of Kartik, who plays the male lead in the film, he will be seen sporting different looks. Last month, the actor has been spotted as in the look of a moustached middle-aged man as well as a young clean-shaven boy on the set of the film. Since the inception of the film, both the actor have been dropping enough BTS and on-set pictures and videos to keep the social media buzzing.