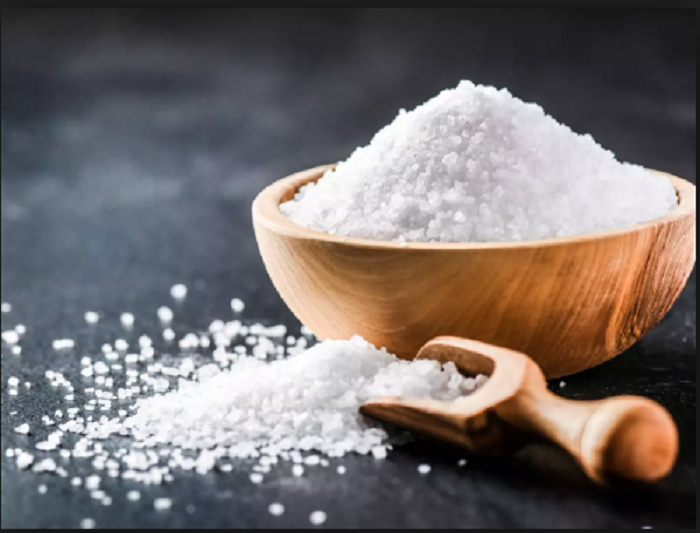 The scientists re-analysed data from a large clinical trial–the Dietary Approaches to Stop Hypertension-Sodium trial (DASH-Sodium)–conducted two decades ago, and found that high sodium intake increased bloating among trial participants. The researchers also found that the high-fiber DASH diet increased bloating among trial participants compared to a low-fiber control diet.
The study was published in the American Journal of Gastroenterology.

“Bloating is one of the leading gastrointestinal complaints in the U.S. and can be exacerbated in some people by a high-fiber diet; our results suggest that they might be able to reduce that bloating, without compromising on healthy fiber, by lowering their sodium intake,” said, study senior author Noel Mueller.

Bloating is estimated to affect up to a third of U.S. adults overall, and more than 90 per cent of those with irritable bowel syndrome. Bloating features a buildup of excess gas in the gut. The production of gas can be attributed to gas-producing gut bacteria breaking down fiber.

There is also some evidence that sodium can stimulate bloating. According to the researchers, the study is the first to examine sodium as a cause of bloating in the context of low- and high-fiber diets.
The study analyzed data from the DASH-Sodium trial, conducted at four clinical centers during 1998-99, it tested the DASH diet, a high-fiber diet which is relatively low in fat and high in fruits, nuts, and vegetables, against a low-fiber control diet.

Each of the two diets was tested at three levels of sodium, and the 412 participants all had high blood pressure at the trial start. The trial was set up chiefly to determine the effect of dietary sodium and other factors on blood pressure but included data on participants’ reports of bloating–data that Mueller and colleagues analyzed for the new study.

The team found that prior to the trial, 36.7% of the participants reported bloating, which is more or less in line with national surveys of bloating prevalence. They found too that the high-fiber DASH diet increased the risk of bloating by about 41%, compared to the low-fiber control diet–and men were more susceptible to this effect, compared to women.

But the scientists also determined that sodium was a factor in bloating. When they combined data from the DASH and control diets and compared the highest level of sodium intake to the lowest, they found that the high-sodium versions of those diets collectively increased the risk of bloating by about 27 per cent compared to the low-sodium versions.

The key implication is that reducing sodium can be an effective way to reduce bloating–and in particular may be able to help people maintain a healthy, high-fiber diet.