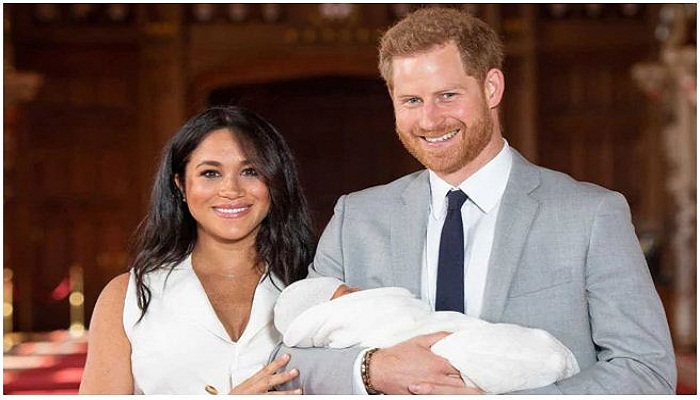 The Duke and Duchess of Sussex, Meghan Markle and Prince Harry, are all set to forgo another royal tradition, which has been quite popular, over the past years.

The couple is planning to host a private christening for their son Archie Harrison Mountbatten-Windsor at St George's Chapel at Windsor Castle, where they married in 2018, and where Harry was christened in 1984, reported E! News.

The baby boy's baptism will be a private affair, royal sources told the Sunday Times, as cited by E! News. So people can't expect any fan gatherings, and more importantly, any candid photos of the baby boy outside the venue.

However, Meghan Markle and Prince Harry may post some pictures of the royal baby on their Instagram account following his baptism. Traditionally, the royal family releases their own portraits from the christenings.

Forgoing public appearances and photo opportunity outside christenings isn't unusual for the royal family. However, in recent years, Harry's brother Prince William and his wife Kate Middleton treated fans by allowing the press to take candid pictures of them and their family arriving and leaving the christenings of their children Prince George, Princess Charlotte and Prince Louis.

The couple also debuted their kids publicly by appearing with their children outside the hospital hours after their births. William and Harry's mother, the late Princess Diana and their father Prince Charles did the same.

The brothers' cousin's Princess Beatrice and Princess Eugenie were also captured with their parents Sarah, Duchess of York and Prince Andrew, Duke of York outside before and after their own christenings.

Meghan Markle and Prince Harry are yet to appear with their son in a public place or show his full face to the world. They offered a glimpse of him via a small press photo-call at Windsor Castle, days after his birth.

The Sunday Times quoted sources close to the royal couple as saying that the pair considers their son to be a "private citizen" and that they intend to keep many details of his life personal since he is not in the direct line of succession.

"Privacy is more precious to Harry than to almost any of the other member of the royal family. As Archie is not an HRH (His Royal Highness), he feels he has every right to strictly police his son's privacy," the publication quoted a source as saying.

The royal couple welcomed their son on May 6.