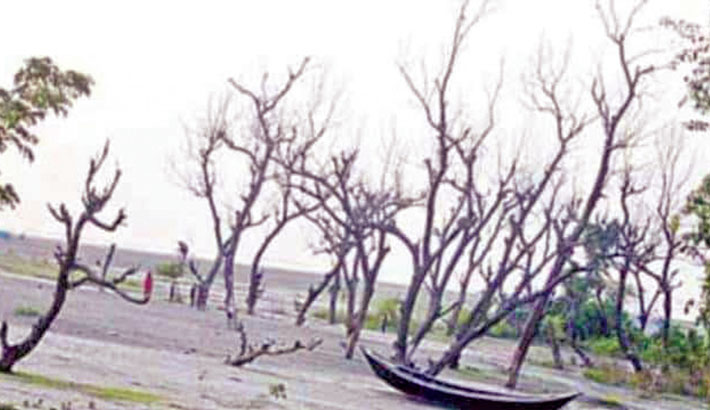 The achievements of the ‘Millennium Development Goals (MDGs)’ have encouraged the people around the world that they need to go further to end hunger, achieve full gender equality, improve health services and get every child into school and the world should be on a sustainable path. Sustainable development means ‘development that meets the needs of the present without compromising the ability of future generations to meet their own needs.’ It indicates that development initiatives need to address the needs and demands of the current and future generations. The goals of sustainable development in the broader sense include economic development, social equity and justice, and environmental protection. In the last few decades, economic development for a better standard of living has been the primary goal of development with disregard to preservation and conservation of the nature and its resources. This led to degradation of the environment and posing threats to sustainable development in the future. Now, there is a global realization that mankind cannot live in an ever prospering society with so much of poverty and environmental degradation leading to climate change and other negative impacts. This realization led the world community to adopt the 2030 Agenda for Sustainable Development with several goals to achieve termed as the Sustainable Development Goals (SDGs). These goals are the blueprint to achieve a better and more sustainable future for all. These address the global challenges that we face today, including those related to poverty, inequality, climate, environmental degradation, prosperity, and peace and justice. The Goals are interconnected and intend to ‘leave no one behind’. Each of the 17 SDGs has specific targets to be achieved by 2030. The goals and targets are universal, meaning they apply to all countries around the world, not just poor countries and achieving those calls for action by all stakeholders like the governments, businesses, civil society and people at large. As mentioned earlier, the SDGs consist of 17 global goals. The SDGs are part of a Resolution of the UN General Assembly: "Transforming our World: the 2030 Agenda for Sustainable Development." This Agenda seeks to strengthen universal peace and ensure larger freedom. The goals are broad and interdependent, yet each has a separate list of targets to achieve. Achieving all 169 targets would mean accomplishing all 17 goals.

A close look at the SDGs suggests that these have an intricate relationship with various human rights. Here it should be mentioned that though Bangladesh aspires to join the club of the developed countries in the next couple of decades still many socio-economic issues that have bearing on human rights are yet to be solved.  The Constitution of Bangladesh guarantees the fundamental human rights. The Part III of the Constitution contains these fundamental rights. The achievement of the SDG goals will lead to ensuring fundamental rights of the citizens of the country. Here it may be pointed out that according to a publication of the Office of the UN High Commissioner of Human Rights (UNOHCHR) all the 17 goals set out as the SDGs are aligned with different provisions of the globally accepted human rights. In the case of Bangladesh, achievements of some of the goals are of utmost importance. These are fundamental to human existence and a meaningful livelihood for millions of the citizens of the country.

In this age of climate change, Bangladesh is one of the frontline states exposed to all kinds of negative impacts. In recent years, Bangladesh, in alarming proportions, increasingly experienced different types of natural disasters almost every year because of the impact of climate change. This includes, floods, flash floods (almost 80% of the total area of the country is prone to flooding), cyclones and storm surges (South and South-eastern parts of the country), salinity intrusion (almost the whole coastal belt along the Bay of Bengal is experiencing salinity problem); extreme temperature and drought (North and North-western regions of the country). Besides, there is sectoral impact in areas like agriculture and fisheries. Here, it needs to be noted that the economy of Bangladesh still is heavily dependent on agriculture, and a large portion of the population is engaged (directly or indirectly) in agricultural activities. So, the overall impact of climate change on agricultural production in Bangladesh will be widespread and devastating. Other than this, other impacts of climate change such as - extreme temperature, drought, salinity intrusion, etc., will also be responsible for a possible declining crop production in Bangladesh. Temperature and rainfall changes have already affected crop production in many parts of the country and the area of arable land has decreased to a great extent. The salinity intrusion in the coastal area is creating a serious implication for the coastal lands that were traditionally used for rice cultivation. It is reported that the fisheries sector is also experiencing an adverse effect because of the impacts of climate change. In Bangladesh, people depend on fish products to a great extent to fulfill their daily protein requirements. There are different species of fish in the country and almost all the varieties are sensitive to specific salt and freshwater conditions.

In Bangladesh, almost one-quarter of the total population live in the coastal areas and the majority of them are somehow affected (directly or indirectly) by coastal floods, tidal surges, river-bank erosion, salinity, tropical cyclones, etc. With the rise of sea-level up to one meter only, Bangladesh could lose up to 15% of its land area under seawater and around 30 million people living in the coastal areas of the country could become Climate Change Induced Refugees. Bangladesh has got a wide diversity of ecosystems. Climate change will have negative effects on the ecosystem of our forest recourses.  These climate-change-induced phenomena, directly and indirectly, threaten the full and effective enjoyment of a range of human rights enjoyed by people around the world, including the rights to life, water and sanitation, food, health, housing, self-determination, culture and development.

The negative impacts caused by climate change are global. As such, it requires a global response. In the international arena, The Human Rights Council (HRC) and the Office of the High Commissioner for Human Rights have brought renewed attention to human rights and climate change through a series of resolutions, reports, and activities and have advocated for a human rights-based approach to climate change. The Preamble of the Paris Agreement on the UN Framework Convention on Climate Change clearly states that all states “should, when taking action to address climate change, respect, promote and consider their respective obligations on human rights”. Bangladesh ranks first as the nation most vulnerable to the impacts of climate change. While addressing this global phenomenon in the context of the country, human rights obligations should apply to the goals and commitments concerning this area. It means actions relating to mitigation should focus on protecting the rights of those most vulnerable to climate change. In this context, the human rights principles articulated in the Declaration on the Right to Development and other instruments that call for different climate actions to be both individual and collective and for it to benefit the most vulnerable should be taken into consideration by the government and other non-government stakeholders in Bangladesh. It is perceived that only by integrating human rights in climate actions and policies and empowering people to participate in policy formulation we can promote sustainability and ensure the accountability of all concerned as well.

The SDG 13 ‘Climate Action’ has particular relevance to climate change in Bangladesh. However, many other SDGs are also linked with issues relating to climate change. It suggests initiating urgent actions to combat climate change and its impacts. These impacts will directly and indirectly threaten the full and effective enjoyment of a range of human rights enjoyed especially by the people of Bangladesh. However, the SDGs or the ‘global agenda’ also stipulates the means of strengthening the ‘Global Partnership for Sustainable Development’. It refers to financial and technological aspects, capacity building especially in developing countries, promotion of universal, rules-based, open, non-discriminatory and equitable multilateral trading system, and also addresses issues like policy and institutional coherence, multi-stakeholder partnerships etc. From the above, it may be inferred that Bangladesh is not alone in implementing the SDGs that are embedded in various universally accepted human rights. Through concerted efforts all stakeholders are to be taken on board to achieve the SDGs and thereby uphold the human rights of all citizens of Bangladesh.