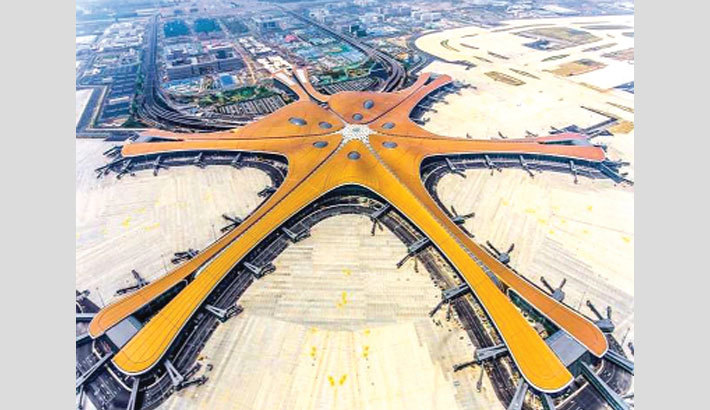 Work on the Beijing Daxing International Airport officially ended on schedule Sunday, ready for a September 30 inauguration—on the eve of the anniversary of the foundation of the People’s Republic on October 1, 1949 by Mao Zedong.

Celebrations of that event will see President Xi Jinping reviewing a huge military parade through the centre of Beijing, with the opening of the futuristic hub a fitting embodiment of the “Chinese dream” he has offered his fellow citizens.

Located 46 kilometres south of Tiananmen square, the new airport will operate at full capacity in 2025, with four runways and the potential to receive 72 million passengers per year.

By 2040 the hub is expected to have expanded to eight runways including one for military use, and will be able to welcome 100 million passengers per year—which will make it the world’s largest single terminal in terms of traveller capacity, according to its designers.