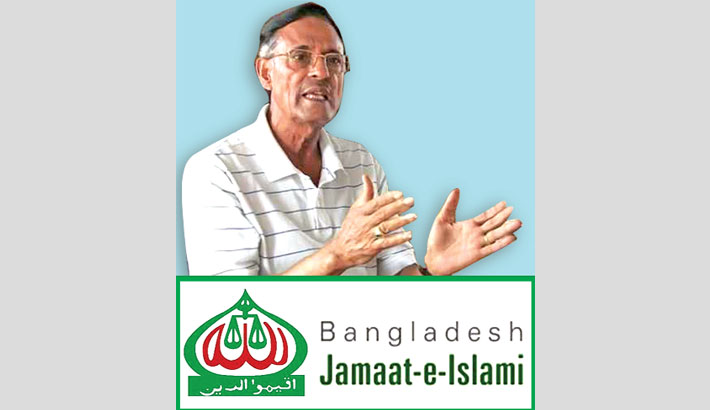 BNP insiders said the party is now trying to forge greater political unity with different other opposition political parties of the country dropping Jamaat, identified as the party of war criminals, as most political parties are keeping away from jailed Khaleda Zia’s BNP because of its close friendship with the fundamentalist Jamaat.

Besides the 20-party alliance, BNP wants to forge greater unity under the banner of Jatiya Oikya Front or in any other name, but stay from the Jamaat as part of its new strategy to launch anti-government campaign, the sources added.

“Probably Jamaat will become a loner in politics due to BNP’s new strategy and thus the Islamist organization is working to form a separate platform keeping Oli Ahmed as the face to survive in politics,” a top leader of the 20-party alliance said.

The LDP chief Oli Ahmed on Thursday announced the plan to float a new political platform named ‘Jatiya Mukti Mancha’ to fight for the re;lease of Khaleda Zia from jail and what it calls ‘restoration’ of democracy in the country.

He also hinted that Jamaat might be a part of the ‘Jatiya Mukti Mancha.’

Replying to a question whether Jamaat would be there in their platform, the LDP president said, “We’ll take all the patriotic forces with us as long as they who believe in the independence of Bangladesh. We must unite the nation as only weak people want to divide the nation.”

Oli said the current Jamaat leaders changed and corrected themselves to be a patriotic force. “They’re now a force which loves the country. We hope those who love the country and want to free Khaleda Zia and the country’s people will come with us as we want to keep them with us.”

Asked whether they have floated the new platform due to BNP’s failure, he said he is not willing to talk about anybody’s failure. “We all, including the freedom fighters, have failures.”

The 20-party alliance sources said though any top leader of the Jamaat was not seen in the programme of Oli Ahmed but some activists and supporters of the Islamist party were seen.

Asked about the relationship of BNP with the ‘Jatiya Mukti Mancha’, 20-party alliance coordinator Nazrul Islam Khan, also a BNP standing committee member, told the daily sun “We do not know about it. They (Oli Ahmed) can deliver any speech in their party programme.”

Asked whether BNP has any decision to cut ties with Jamaat, he said “Jamaat is still in the 20-party alliance. No decision has been taken yet about severing relationship with the islamists.”

20-party alliance insiders said actually the Jamaat-e-Islami is patronizing and financing the initiative of Oli Ahmed to forge the separate platform.

BNP acting chairman Tarique Rahman also supports the platform outside the 20-party alliance and the Jatiya Oikya Front to wage movement and to accommodate the Jamaat there, the sources added.

A meeting of the 20-party alliance was held at Khaleda Zia’s Gulshan office in the capital on June 24 but no Jamaat leader was present in the meeting. BNP standing committee member Nazrul Islam Khan at the post-meeting press conference could not say why the Jamaat was absent.

Earlier, the relationship between Oli Ahmed and Jamaat became public when Jamaat nayeb-e-ameer, Mia Ghulam Parwar, joined a roundtable of the LDP at the national press club on May 15. Some central leaders of the Jamaat also attended an iftar-party of the LDP at the Ladies Club in the capital on May 27.

The ‘Jatiya Mukti Mancha’ sources said leaders and activists of Jamaat and its associate student organization Chhatra Shibir would participate in different programmes of the platform.

Talking to reporters, BNP secretary general Mirza Fakhrul Islam Alamgir on Friday said “A political party has total freedom to take any programme. We welcome any initiative for the restoration of democracy and release of Khaleda Zia,” who was jailed ofter being convicted in graft cases.