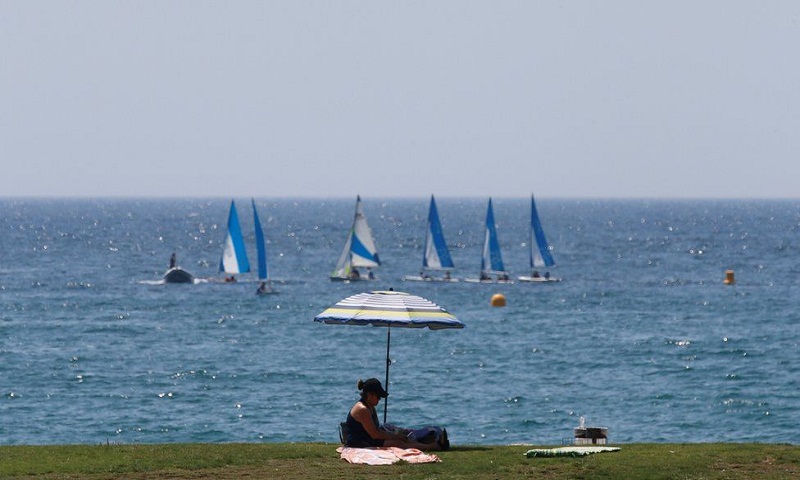 Europe has experienced another sweltering day as a heatwave that has already claimed several lives continues across parts of the continent.

Temperatures in France were slightly lower than on Friday, when the country recorded its highest-ever temperature.

But some areas of northern Spain saw temperatures soar above 40C, with the city of Zaragoza recording 42C and a meteorological station between the Catalan towns of Vinebre and Masroig - close to an area already hit by wildfires - recording 43.3C.

In France's southern Vaucluse region, a cyclist died after falling ill in the heat. Officials said the cyclist had been in a mountainous region and warned people against engaging in sporting activity.

Meteorologists say hot air drawn in from northern Africa and high pressure over central Europe are contributing to the heatwave.

Meanwhile, the UK recorded its hottest day of the year on Saturday, with the temperature reaching 34C (93.2F) at Northolt and Heathrow airports in west London.

On Friday, France registered its highest recorded temperature - 45.9C - in the southern village of Gallargues-le-Montueux.