The Rohingya Issue: A Test of Chinese Friendship 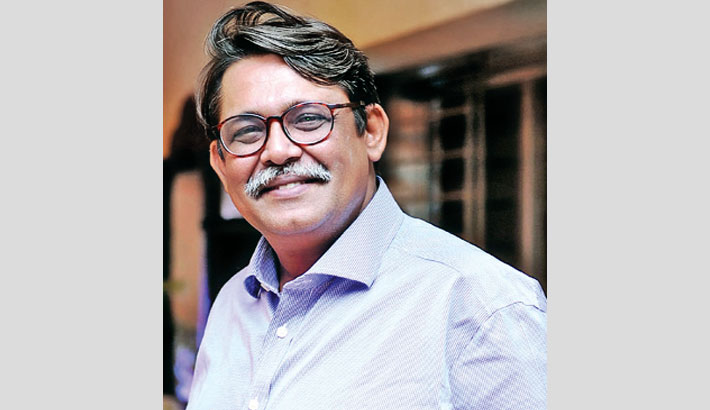 My first introduction to China was the mouth-watering Chinese food as my parents loved to eat out in those days of the 1960s. The other choice was tikka kebab and nan because in those days choice of food was scanty unlike the present times.

Then there was a new introduction after the 1965 India-Pakistan war in which my father fought and survived. He told us that China had supported Pakistan as a “true friend.” On that occasion he also mentioned about the world heritage – the Great Wall of China.

In the 1980s while studying in the Dhaka University, I came to know in depth about the regional politics as a student of international relations. A big part of it was of course China, but that Beijing sided with Pakistan during our 1971 Liberation War and extended its recognition only after the assassination of Bangabandhu Sheikh Mujibur Rahman – in October 1975, to be precise.

Thus this author got a bitter taste of China from the mouth-watering Chinese food. Beijing backed general Ziaur Rahman and general Hussain Muhammad Ershad, and then Khaleda Zia’s regime in 1991 and 2001.

However, a crisis hit Dhaka-Beijing ties in 2004 with the opening of the Taiwan Representative office in Dhaka, which China immediately protested as it considered the island as part of its territory. It was later closed, but China took as a slap on its face by its trusted friend Khaleda Zia’s Bangladesh Nationalist Party (BNP).

However, Prime Minister Sheikh Hasina, then the parliamentary opposition leader, on the contrary prudently took an “ice-breaking” visit to China in 1995. If memory serves me right, she was given a rousing red-carpet welcome in Beijing which practically set off a relationship between Sheikh Hasina, Awami League and China which was seen at that time as a major diplomatic triumph for the daughter of Bangabandhu. It worried BNP.

In recent days, China has been involved in Bangladesh’s massive development works and in her upcoming visit to Beijing, Sheikh Hasina’s main focus would be economic issues, according to the foreign ministry.

What is heartening to know is that the premier recently asked the Chinese envoy in Dhaka to impress upon his government the urgency of resolving the Rohingyas crisis, while Foreign Minister AKM Abdul Momen told reporters that the issue would figure in talks between the leaders of the two countries during our PM’s visit starting from 01 July.

Momen said, Bangladesh does not believe that China is backing Myanmar over the Rohingya Issue. “China has a stance that they are helping us and supporting us to resolve the problem,” he said. “They’ve repeatedly told us that they want Rohingyas to go back to their country.”

He said China wanted the problem to be solved through bilateral discussions and Dhaka would voice its concern “that an uncertainty can be created in the region if such a large number of Rohingyas stay in Bangladesh for a long time. This may also harm the development of the entire region.”

“China has made huge investments in both our country and Myanmar, and their expectation from the investment may get hampered if the Rohingya problem is not solved. So, we’ll make a strong demand for helping to send back the Rohingyas to Myanmar,” the minister said.

Few things are clear from the FM’s statements. So far it was only lip-service and there was still no guarantee from China how much it would do to ensure the return of the Rohingyas back to their homes in Myanmar “urgently” as our premier wants due to security threats. China has major investments in Myanmar which it cannot ignore and Myanmar is China’s most important foot print in the vast South to Southeast Asia regions and thus not dispensable.

So where does Dhaka stand vis-à-vis Myanmar to China, the growing world power.

Dhaka cannot afford to give China a cold shoulder or drop its economic involvement in Bangladesh as the agreements ready to be signed during the visit indicate.

It is again on the shoulder of Prime Minister Sheikh Hasina who has wonderfully managed a balance in Dhaka’s relations between China and India, which has indicated its worries on Bangladesh’s growing friendship with China.

Sheikh Hasina on her part did not abandon China despite the great value she gives to the friendship with India telling New Delhi that Bangladesh’s deep and tested ties with India would never be affected and she needed China for economic reasons. This is a point that China should note compared to what BNP gave it despite its steadfast support to that party when it was in power. BNP allowed Taiwan to open its office in Dhaka whereas Awami League strengthened bilateral ties over the years.

During Sheikh Hasina’s visit to the Asian giant, the hosts are likely to press for speeding up of the Bangladesh-China- India-Myanmar (BCIM) economic corridor which has failed to take off and the Belt and Road Initiative (BRI) cooperation project. The BCIM was the component of the BRI which was mooted by President Xi when he came to power in 2013. The BRI aims to link Southeast Asia, Central Asia, the Gulf region, Africa and Europe with a network of land and sea route.

The 2800-km BCIM corridor proposes to link Kunming in China’s Yunnan province with Kolkata, passing though nodes such as Mandalay in Myanmar and Dhaka in Bangladesh before heading to Kolkata.

China’s investments in Bangladesh included the construction of 6-km long bridge across the Padma River costing about USD 3.7 billion and the USD 2.5 billion power plant at Payra, according to media reports.

With an estimated USD 31 billion investment, China has emerged as a major investor in Bangladesh – mainly in the infrastructure and energy sectors.

Beijing must note that regional security was already in stake with the Rohingyas joining militancy, smuggling and other crimes with automatic weapons in their hands. It would be for greater regional necessity that China has to find a way to ensure the safe return of the Rohingyas and their security at home, along with citizenship. Otherwise, China would fail to take the leadership of the region it desires to have against the growing regional power – India.

What is of utmost importance is that China must prove its “true friendship” to Sheikh Hasina as they turned a blind eye during the 1971 war when Bangabandhu was on the verge of being executed in a Pakistani jail and the genocide that was taking place in Bangladesh – more serious than the one in Rakhine to uproot Rohingyas.

China needs to stand also as a supporter of basic human rights which has been denied to the Rohingyas for greater acceptance by the people in general.

Foreign Minister Momen said China honours Bangladesh as Prime Minister Sheikh Hasina has a very good relation with its President. “So, we hope China will take pro-active actions in ensuring the return of Rohingyas if our Prime Minister raises the issue during the visit. We believe it will be possible to do so,” he was quoted as saying.

That says it all as far as our diplomacy is concerned – the premier has to do the job.

It is for Sheikh Hasina with her strong leadership, statesmanship and charisma to see that Beijing seriously took up the matter and the Rohingyas go back immediately – no more excuses, lies and delays by Myanmar. If China is serious, Myanmar would get going immediately to welcome back its citizens called the Rohingyas despite all its obligations.

If that help does not come from China on the Rohingya issue, it would fail in its test to prove its “true friendship” to Sheikh Hasina’s Bangladesh.

It would be best for Bangladesh to tell the world community, including the Organisation of Islamic Countries and the United Nations, to keep their mouths and eyes shut when Dhaka takes its “own course of action” in handling the crisis as it cannot allow its “security and stability” to be hurt in anyway. Humanity has been shown at great expense and now it is for Bangladesh to ensure that “its security and stability” was not hurt at any cost due to the crisis…