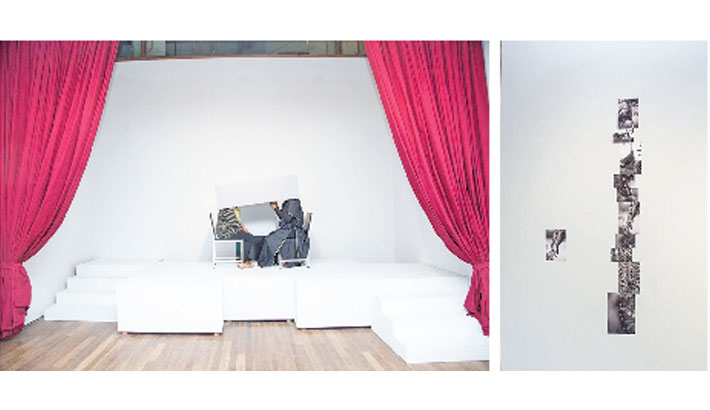 The Ajantrik, internationally known as The Pathetic Fallacy/ Mechanincal Man/ The Unmechanincal, is a Bengali film which was first published in 1958. Adapted from a short story of the same name by Subodh Ghosh, the film was written and directed by parallel filmmaker Ritwik Ghatak.

Ajantrik depicts an obsessive relationship between an eccentric cab driver, Bimal, and his 1920’s vintage Chevrolet Jalopy, Jagaddal. The film explores the complexities of human relationships through Bimal, Jagaddal and the several characters they interact with.

The exhibition seeks to re-read into Ajantrik; to understand it beyond the realm of filmmaking, and explore new directions and inspirations from popular content.

On the other hand, (un) Seen unfolded as an art-act by way of a three-day commune of artists in the idyllic landscape at Bormi, Gazipur. The initiative was designed to create possibilities to provoke one to break personal boundaries and challenge oneself in ways unexpected.

As means of connecting to the essence of the land, the artists were at liberty to choose their own mediums and approaches. The articulation of their proposed artworks revealed itself in land art, site specific art, performance, and so forth; each output carrying vital signs of one’s communication with what lies beyond, bridging the gap between the seen and the unseen.