One arrested over Barguna man murder in front of wife 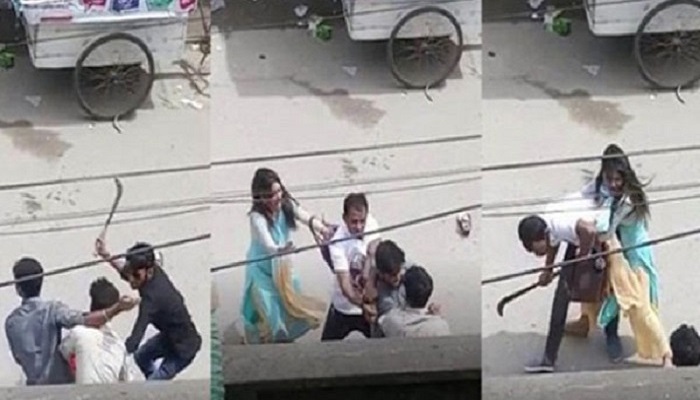 Police arrested a youth from BKP area in Barguna town on Thursday in connection with the killing of a man in front of his wife on Wednesday.

Abir Mohmmad Hossain, Officer-in-Charge (OC) of Sadar Police Station, identified the arrestee as Chandan. He was arrested around 8:00am today.

Dulal Sharif, the father of victim Rifat Sharif, 22, filed a case against 12 people in the morning, the said OC.

Rifat, 22, a resident of Sadar upazila, was hacked to death by four miscreants in front of the main gate of Barguna College on Wednesday afternoon.

The entire incident was captured in a surveillance camera which showed the miscreants hitting Rifat indiscriminately while his wife was trying to save him.