Food Adulteration Is A Silent Killer! 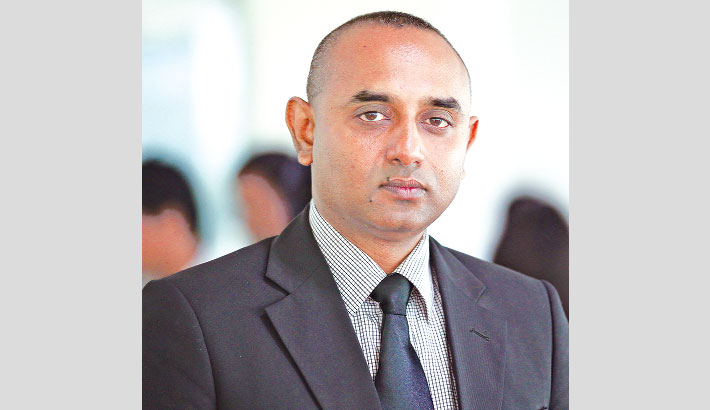 If we go to the National Institute of Cancer Research and Hospital (NICRH) at Mohakhali in Dhaka, we will find thousands of patients gathering there to receive treatment. A large portion of them come from various districts. They come either at night or at the dawn to stand in queue to get admission and deposit fees to the hospital counter.

The picture of the National Institute of Kidney Diseases & Urology (NIKDU) is the same as thousands of patients go there for medical tests and treatment.

Besides, many cancer and kidney patients receive treatment from Bangabandhu Sheikh Mujib Medical University (BSMMU), Dhaka Medical College Hospital and other public and private hospitals of the country. Rich patients are going to India and other countries for treatment.

Referring to a study, National Institute of Kidney Diseases & Urology (NIKDU) Director Prof Dr Md Nurul Hooda, said the number of people affected by kidney diseases and other urological problems tripled in Bangladesh in the last five years to around 20 million.

He said young boys and girls are also being affected by kidney diseases, requiring concerted efforts of all concerned to save the future generation.

A female pathologist in the NICRH said she joined the hospital around eight years ago and number of cancer patients has jumped three times now.

The situation has prompted us to make a question why cancer and kidney diseases are spreading so fast? The answer must be food adulteration. Doctors and health experts say the market is flooded with adulterated and toxic foods. People are consuming such foods everyday and getting affected by deadly diseases. Some people may be diagnosed with cancers for genetic reason but their exposure to adulterated food acts as a risk and aggravating factor.  In many cases, such deadly diseases may be avoided or delayed by taking hygienic food and maintaining a disciplined life. A section of unscrupulous entrepreneurs and traders are mixing formalin and other poisonous chemicals with fruits, milk and other food items. As people are consuming such foods, gradually they are becoming sick.

Detection of formalin and toxic substance in foods is not new in the country. Many of us can remember the name of Magistrate Rokan Ud Doulah, who used to make headline for launching drives against food adulteration.

A mobile court jailed one person for seven days for selling adulterated food in the city's New Market area. The same court fined Tk 50,000 each to Sejan restaurant and Al Islamia restaurant on Elephant Road for selling food in unhygienic environment.

Every now and then mobile court fines the delinquent traders for the offence. Recently, drive against food adulteration has got a boost following the High Court order. The apex court order covers wide ranges of foods including mineral water, salt, turmeric powder and packet milk.

On May 12, 2019, the High Court banned production and sale of 52 sub-standard food products found to be injurious to human health.

Conscious Consumers Society (CCS), an organisation working to protect consumers’ rights, filed the writ with the HC on May 9.

A national daily published a report on May 2 with headline “Popular products of 52 companies found substandard.”

The report was based on findings of BSTI which conducted test on food samples and found 52 items spurious.

BSTI came up with list of the products at a press conference in Dhaka on May 3 after testing consumer products ahead of Ramadan.

Salts of ACI and Molla brands and edible oil of Teer, Rupchanda, and Pusti were found to be substandard by BSTI.

The HC called upon government to declare a war against adulterated foods which are injurious to human health.

The officials concerned have to discharge duties with patriotism and love for the people to stop production and sale of spurious food items.

There should not be any compromise with food hygiene and safety, the court observed.

Calling for continuous drive against adulterated foods, the HC said the operation should not be confined to the month of Ramadan.

The court also requested the government to ensure that safe drinking water is supplied to people.

Around 2 crore people are suffering from kidney diseases while 1.5 crore others affected by cardiac problems mainly due to the toxic foods, it said. Number of cancer patients will exceed 2 crore by 2030, CCS said, quoting a report.

The government authorities concerned are expected to comply with the HC order to save the people from the danger of substandard foods, added. However, BSTI later permitted sale of ACI salt.

The High Court, acting on another writ petition, has ordered test of packaged milks of various brands in the market.

In such a situation, another heartrending report has shocked the nation. Researchers have found presence of antibiotics, formalin and detergent in milk and some other food products, which are very dangerous for human health.

Professor ABM Faruque, director of the Biomedical Research Centre, unveiled the findings at a press conference at Dhaka University on Tuesday.

They then evaluated their quality by measuring different parameters comparing with Bangladesh Standards and Testing Institution (BSTI) standard requirements.

The situation of food adulteration seems to be out of control. The more drives are being conducted the more foods are being adulterated. The list of adulterated foods is getting longer gradually.  The officials conducting repeated drives against adulterated foods and unscrupulous traders selling such foods remind us of the hide and seek game.