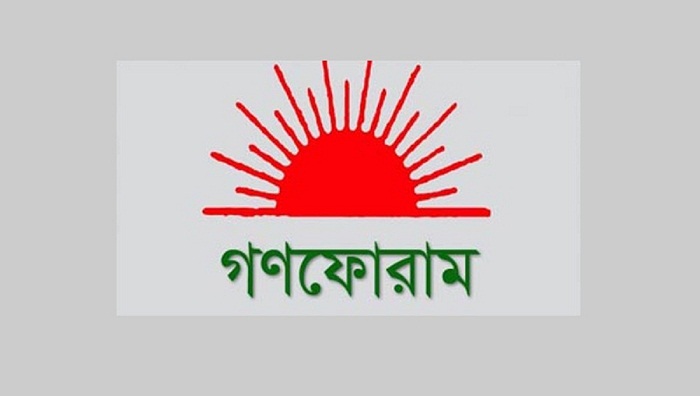 According to media reports, Nasim told Parliament on Tuesday that Dr Kamal Hossain virtually worked in favour of Awami League though he had forged an alliance with BNP ahead of the 11th parliamentary election.

“He (Kamal) made the field empty by working in favour of Awami League, and we scored in the empty field… they (BNP) hired Kamal Hossain for (protecting their interests), but he worked for us,” Nasim told parliament taking part in general discussion on the proposed national budget.

Disapproving the remarks, the three Gano Forum leaders said no courtesy can be expected from a ruling party MP of a parliament which was “turned down by people and formed through stuffing ballots the night before the voting day”.

Being scared by the strength of Oikya Front formed with the participation of people, they said the Awami League leader resorted to the falsehood about Dr Kamal only to confuse people and create disunity among them.

"Such remarks were made with an ill intention of making the government’s parochial political interests. We’ll have to give a fitting reply to such audacity by strengthening the national unity further", the trio added.