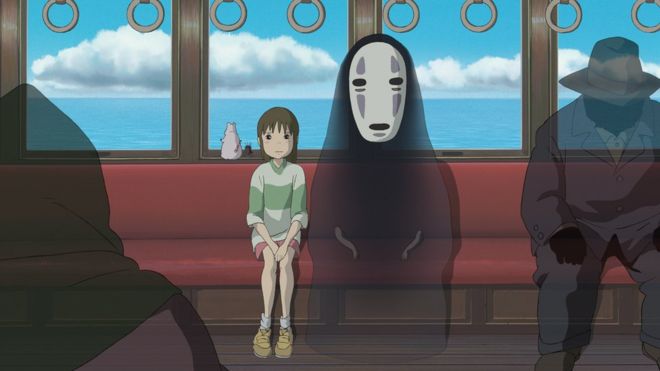 Japanese animation Spirited Away has dominated the Chinese box office over its opening weekend, making more than twice as much as Disney's Toy Story 4.

Spirited Away was officially released in 2001, but only now, 18 years later, has it been released in China.

However, many Chinese viewers grew up with the film, having watched DVDs or pirated downloads.

The Japanese film by famed director Hayao Miyazaki tells the story of a young girl who is transported into a fantasy world after entering an abandoned theme park with her parents.

The movie gained a cult following after it was released and still remains Studio Ghibli's highest grossing movie of all time.

My Neighbour Totoro became the first Ghibli film to ever debut in theatres in China in 2018, 30 years after its original release.

China has a strict quota on the number of foreign films it shows.

One analyst told the BBC last year that political tensions between China and Japan in the past could be why some Japanese movies had not been aired in China until very recently.

Japan occupied China in 1931 and millions of Chinese people had been killed by the time the war ended in 1945. But for many, feelings of resentment towards Japan lingered.

"Right now that relationship has improved significantly and there is a lot of movement on Sino-Japanese co-productions, including in anime," Stanley Rosen from the University of Southern California said.