DIG Mizan must be held if warrant issued: Home Minister 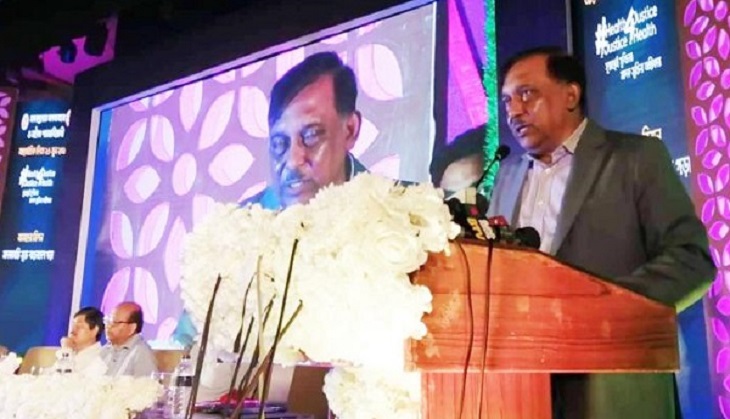 Home Minister Asaduzzaman Khan Kamal on Wednesday said Deputy Inspector General (DIG) of police Mizanur Rahman will definitely be arrested if there is a specific arrest warrant against him.

The minister came up with the disclosure after attending a programme on "International Day Against Drug Abuse and Illicit Trafficking" at Bangladesh Krishibid Institution (KBI) in Farmgate of Dhaka.

Asaduzzaman said that if DIG Mizan wants to surrender to law enforcers, he can do so. The necessary steps in accordance with the law have been taken against him.

In his speech as the chief guest at the program also said, “The incumbent government is pledge-bound to uproot drug from the society. We are working on demand, supply and rehabilitation with utmost sincerity.”

Earlier, DIG Mizanur Rahman was suspended. On Monday, the ACC (Anti-Corruption Commission) has imposed a ban on foreign travel of DIG Mizan.