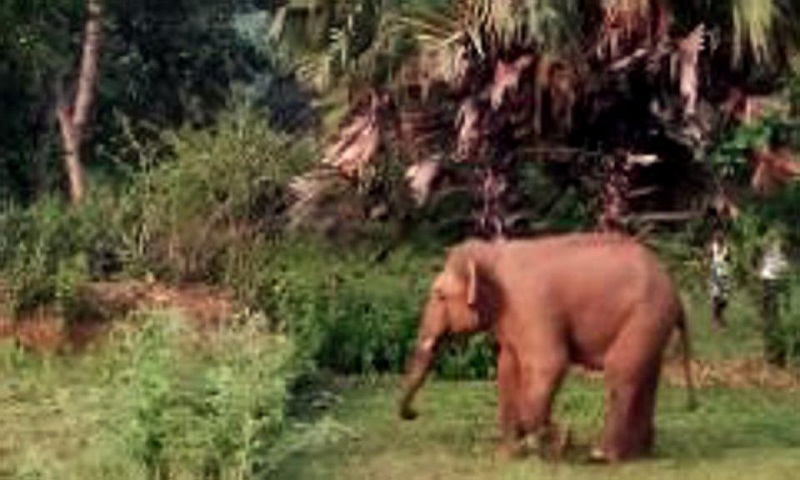 An adult elephant has caused havoc in three districts of Jharkhand and has trampled to death eight people, including a woman, in the past three weeks. The situation has become worrisome for the state’s forest department.

The rampaging elephant’s latest victim was a 50-year-old woman, who was killed on Tuesday morning while she was out to relieve herself at Kharkachia village, under Poreyahat block of Godda district, around 280 kms northeast of the state capital.

The tusker also injured her companion, who was undergoing treatment at a hospital, forest officials said.

The villagers said the elephant killed three people on June 21 in the block and had been wandering around in the open since then.

“Forest officials kept monitoring the movement of the elephant and alerted the villagers to remain vigilant. However, two women ventured out of their houses to relieve themselves around 4.30 am. They had a sudden encounter with the elephant, which was hiding behind a minor bamboo forest,” Manilal, a villager said.

Arvind Kumar , divisional forest officer (DFO), Godda, said, “The elephant has taken four lives so far in the district. Earlier, it has killed two people in Dumka and two in Jamtara.”

Kumar said the elephant was first spotted in Jamtara where it strayed from its herd. It reached Chegaidih village, where it killed 50-year-old Amrul Ansari and 35-year-old Jogen Bauri, on June 7.

The tusker then entered Dumka district and killed two people in two different villages on June 15.

The DFO said, “I have written to the forest department on June 22 for tranquilisation of the elephant and its safe transportation to forest among elephant herds.”

He said the forest teams have been engaged to drive away the elephant from the block. “On Tuesday afternoon, it was spotted at the bordering area of Dumka district,” he said.