Every match is final for us at this point: Mashrafe 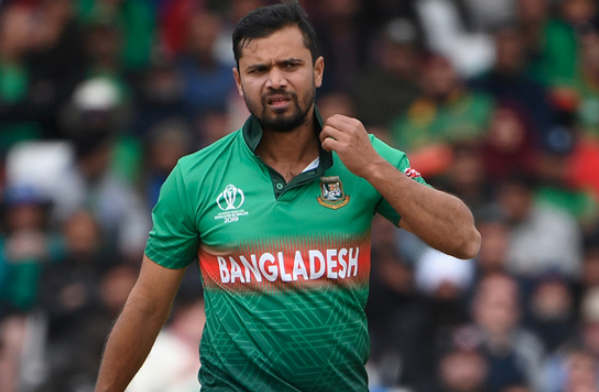 Bangladesh captain Mashrafe Bin Mortaza termed their remaining two matches of the World Cup as final game for them, stating that they have no time to think about anybody’s strength and weakness other than winning the matches to seal the semifinal spot.

The Tigers will take on India on July 2 at Edgbaston in Birmingham, the first of their two ‘do or die’ match.

Their last match is against Pakistan on July 5 at Lord’s.

“There were a lot of calculations till now but now it is just about winning [against India] because if we want to go to the semifinals, we have to win,” Mashrafe said.

“For us this match is the semifinal or final — Its do or die,” he said.

The World Cup 2019 is at its mid-point now and the race for the semis is really heating up and Bangladesh are one of the main contenders for the semifinal currently sitting on the fifth position with seven points.

With England’s recent defeat against Australia, Bangladesh moves one step forward to the semifinal but one defeat in two remaining matches would ruin their hopes.

Bangladesh can still go through with one win, If England win none of their matches, Sri Lanka win just one of their three matches and Pakistan win not more than two matches then Bangladesh will play in the semifinal.

But that is difficult proposition, leaving them in position to win both of the matches.

Bangladesh won three matches so far against South Africa, West Indies and Afghanistan while they lost three matches against New Zealand, England and Australia. Their match against Sri Lanka was washed out without a ball being bowled due to rain.

”There is no scope to think about how much we lag behind in strength or how far ahead they [India] are at this point of time,” he said.

”If we want to survive, we have to win [against India],” the skipper concluded.