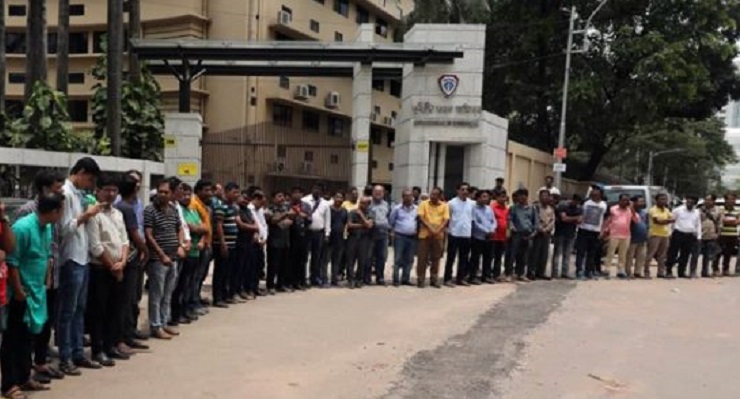 Journalists have staged a demonstration outside the headquarters of the Anti-Corruption Commission (ACC) against its “indecent summons” issued to a journalist over a graft issue.

They have gathered in front of the gates of ACC in Shegunbagicha, Dhaka, in the morning and formed a human chain.

The letter also threatened of legal consequences against the journalists on noncompliance.

The online news portal on Sunday ran a report on the bribery allegation. Earlier, private television channel ATN News aired a report in which the DIG made allegation of giving Tk 40 lakh to Basir who “promised” him that he would exonerate him of all charges.

The protest, which began at 11am, in Segunbagicha, saw scores of journalists turn out to express their solidarity with their two summoned colleagues – and decry the commission’s notice.

Dhaka Union of Journalists President Abu Jafar Surjo said: “The summonses issued against Dipu and Sumon must be withdrawn today. If not, we will go for sterner protests. The ACC chairman cannot avoid responsibility for this.”