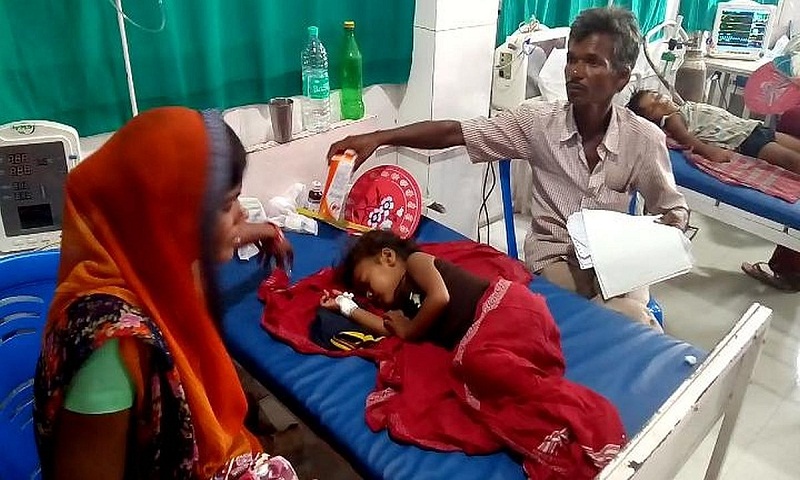 The death toll due to Acute Encephalitis Syndrome (AES) has risen to 132 in Bihar’s Muzaffarpur district.

111 deaths have been reported at Sri Krishna Medical College and Hospital (SKMCH) while 21 at the private Kejriwal Hospital.

The disease has reportedly killed over 150 children in Bihar over the past one month, although officials have confirmed a lower number of deaths.

Muzaffarpur Chief Judicial Magistrate earlier on Monday ordered an investigation against Union Health Minister Dr Harsh Vardhan and Bihar Health Minister Mangal Pandey in a case of negligence registered against them in connection with the deaths of children in Muzaffarpur due to AES.

The petition filed by social activist Tamanna Hashmi said that Harsh Vardhan and Mangal Pandey failed to fulfil their duties to control the outbreak of AES, while both had done nothing to create awareness and sensitise people in the affected areas despite the fact that AES had been killing children for years.

Meanwhile, the Supreme Court has issued a notice to the Centre, Bihar and Uttar Pradesh governments asking them to file affidavits within seven days giving details of facilities dealing with public health, nutrition and sanitation for treatment of children suffering from AES.

In view of the rising encephalitis deaths in Bihar, state Health Minister Prem Kumar has ordered a probe to investigate if consumption of the litchi fruit is leading to the deaths.

An AES outbreak is normally reported during the litchi harvest season in summer, although till date, it has not been officially verified that the virus is caused by the fruit.