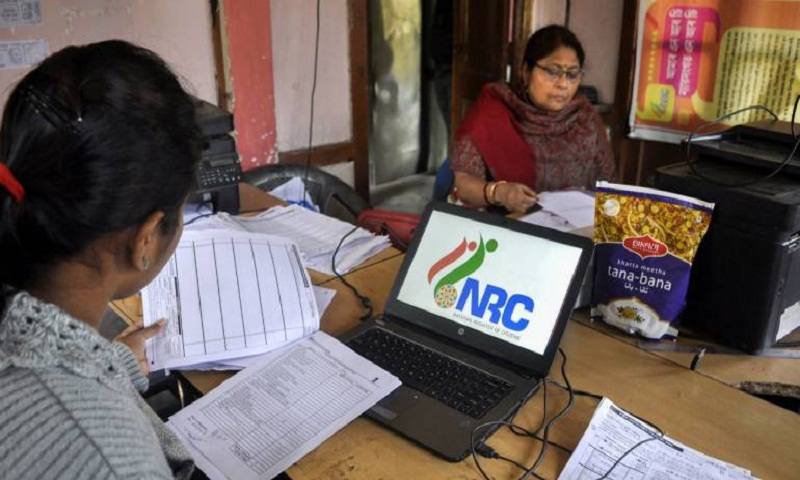 Over one lakh people, who were part of the final draft of the National Register of Citizens (NRC) published in July last year but were found ineligible thereafter, have been named in the additional draft exclusion list published Wednesday.

“As per provisions contained in Clause 5 of the Schedule of The Citizenship (Registration of Citizens and Issue of National Identity Cards) Rules, 2003, an Additional Draft Exclusion List consisting of 1,02,462 persons has been published today,” a statement by NRC State Coordinator Prateek Hajela said.

In last year’s draft, published on July 30, 2.89 crore of the 3.29 crore applicants were included, leaving out over 40 lakh persons. Those excluded were given a chance to appeal in the ‘claims and objections’ round. Nearly 36 lakh persons filed their ‘claims’ while ‘objections’ were received against a little over two lakh among the 2.89 crore included in the final draft. The date of the publication of the final NRC has been set by the Supreme Court as July 31.

From 10am on Wednesday, the list was made available both online and at NRC Seva Kendras and DC/SDO/Circle Officer’s offices.

D-Voter is a category introduced in the electoral rolls of Assam in 1997 to supposedly mark people unable to prove their citizenship during verification. The FTs — 100 across the state — are quasi-judicial bodies meant to “furnish opinion on the question as to whether a person is or is not a foreigner within the meaning of Foreigner’s Act, 1946”.

“Those persons who will be excluded will also be informed individually through Letters of Information (LOI) to be delivered at their residential addresses along with the reason of exclusion. Such persons will have the opportunity to file their claims which will be disposed through a hearing by a Disposing Officer.

The preparation of the draft exclusion list of the NRC was approved by the SC under the under Clause 5 of the Schedule of the Citizenship (Registration of Citizens and Issue of National Identity Cards) Rules, 2003.

The provision of suo moto verification is mentioned in Section 4 (3) of the Schedule of the above mentioned Citizenship Rules, 2003, which says that the local registrar of citizen registration (LRCR) may at any time before the final publication of NRC in the state of Assam may verify names already in the final draft NRC if considered necessary.

The NRC prepared in 1951 is being updated to include the names of people or their descendants who appear in the 1951 NRC, in any of the Electoral Rolls, or in any one of the other admissible documents issued up to the midnight of March 24, 1971. Those excluded from final draft could appeal for their inclusion in the final NRC through the ‘claims’ round. Under ‘objections’, people could raise objections to the inclusion of a person’s name in the draft NRC.