Why EU is unfazed by no-deal Brexit threats 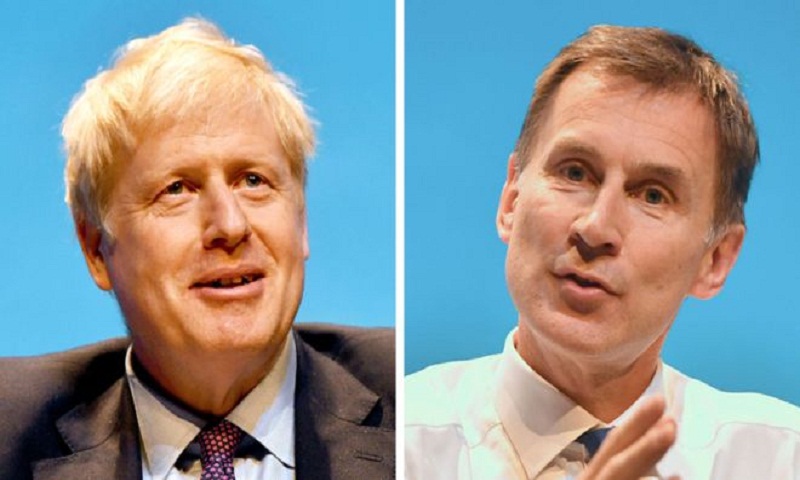 Boris Johnson and Jeremy Hunt say they are serious about pushing for a no-deal Brexit if they are unable to negotiate a better withdrawal agreement with Brussels.

Yet the EU seems unfazed.

Why, when we know EU leaders want to avoid a no-deal Brexit?

Part of the reason, at least, is time.

It's summer. European capitals are sweltering under a heatwave with government ministers counting the days until they hit the beach or find some cool mountain air.

The day the Brexit extension runs out - 31 October - seems an eternity away in political terms.

Also, just as Messrs Johnson and Hunt do not accept the EU's word when it says the Withdrawal Agreement cannot and will not be re-negotiated, EU leaders do not take them at their word when they threaten no deal by the end of October.

1. Ambition: EU diplomats look at Boris Johnson in particular and believe they see a man who has wanted to become prime minister for a very long time. They don't believe he - or Mr Hunt for that matter - would risk their premiership after just a couple of months in office, to push through a no-deal Brexit that the majority in parliament, including a number of MP's in their own party, may well oppose.

2. Practicalities: If the EU were to engage in new Brexit talks this autumn, there is no-one I've met in Brussels who thinks negotiations could be started and completed in time for 31 October - even if Brussels were to play ball with every request the new UK prime minister made (cue: a barely muffled snort from whichever EU diplomat I put this hypothesis to).

Jeremy Hunt has already indicated he might delay Brexit if talks were getting somewhere. Would Boris Johnson throw away the chance of successful new negotiations just to push through an October no deal? Unlikely, thinks the EU.

Which is why many European politicians believe - whatever Mr Johnson and Mr Hunt say now - that the new UK prime minister is most likely to end up requesting a second Brexit extension come the autumn, thereby pushing a no-deal Brexit threat that much further down the road.

As for the other Brexit claims Boris Johnson and Jeremy Hunt are making, EU leaders view Mr Johnson as the "have your cake and eat it" candidate. And they don't approve of his pitch.

Ahead of the EU referendum, Boris Johnson became infamous in Brussels for claiming that the UK could keep the benefits of EU membership even after leaving the single market.

Now he's turning his cake knife to the Brexit Withdrawal Agreement - proposing that some aspects, such as citizens' rights, are respected while others, like the Irish border backstop, are thrown out.

"Impossible. It's a package deal," exasperated diplomats tell me in Brussels, as they hastily resurrect the original EU negotiations mantra that "nothing is agreed until everything is agreed".

The European Commission also insists that, contrary to Boris Johnson's claims, there will be no transition or implementation period - no zero tariffs bilateral trade between the EU and UK - in the case of a no-deal Brexit. The EU has "zero incentive" to agree to such an arrangement, say Eurocrats.

But leading EU politicians admit (mostly behind the scenes) that, while they publicly maintain the Withdrawal Agreement is closed, they would listen if the UK's new prime minister had fresh, credible proposals for the Irish border conundrum. "Credible" being the key word here.

Germany's ambassador to the UK, Peter Wittig, said on Tuesday that Berlin would welcome ideas on how to solve "that famous backstop issue".

It is hardly a secret that EU leaders would far prefer an orderly over a disorderly Brexit. Though they repeat at any and every opportunity that they are prepared for no deal.

Ambassador Wittig was speaking at a car manufacturers' summit and Germany's motor industry would, of course, take a big hit in the case of a no-deal Brexit.

EU insiders predict a stress-filled, "hot" autumn after what they hope will be a long and lazy summer.

Europe's eyes will then fix on the UK's new prime minister. But also on Dublin. The other 26 EU countries are watching for any sign of wiggle-room on the backstop - if Ireland moves, the rest of the EU is likely to follow.

And, if it does come to a no-deal, the EU wants guarantees and details from Ireland on how it intends to protect the single market from post-Brexit UK.