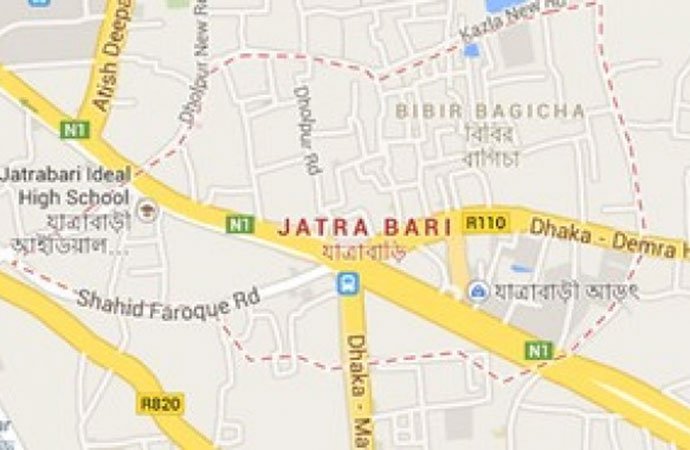 A police constable was killed in a road accident in Dhaka’s Jatrabari area early Wednesday.

The deceased was identified as Nur Mohammad (36), son of late Md Shamsher Ali, hailing from Sadr upazila of Nilphamari.

The accident took place in front of Alam Resturent at Janapath road of Jatrabari at around 12:30am.

Hospital sources said that a speedy truck hit the motorcycle carrying Nur Mohammad in the area, leaving him critically injured.

Later, he was taken to Dhaka Medical College and Hospital where duty doctor declared him dead.

The body of Nur Mohammad has been kept in the morgue of the hospital for autopsy.