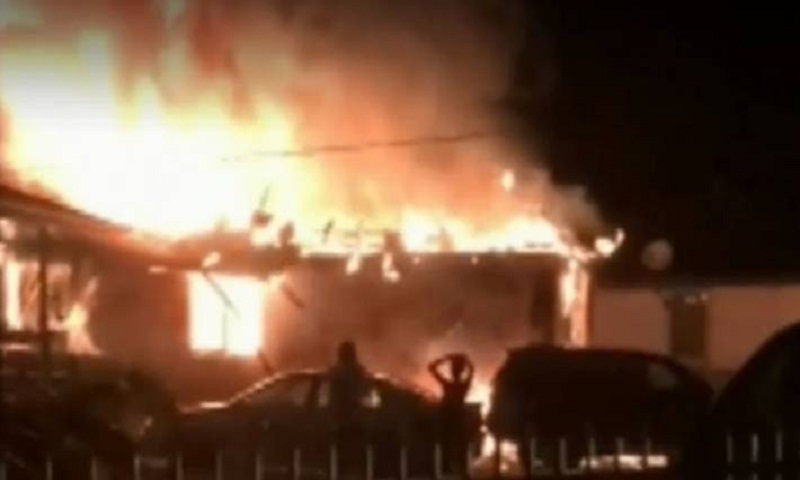 Three children have died in a house fire in the Australian state of New South Wales, police say.

The body of a boy, 11, was found inside the house. Two sisters, both aged five, were pulled from the house but died in hospital.

The cause of the blaze is not yet known, authorities said.

Neighbours were able to rescue another girl, eight, and a woman, 31, who were both treated for smoke inhalation. The woman also suffered burns.