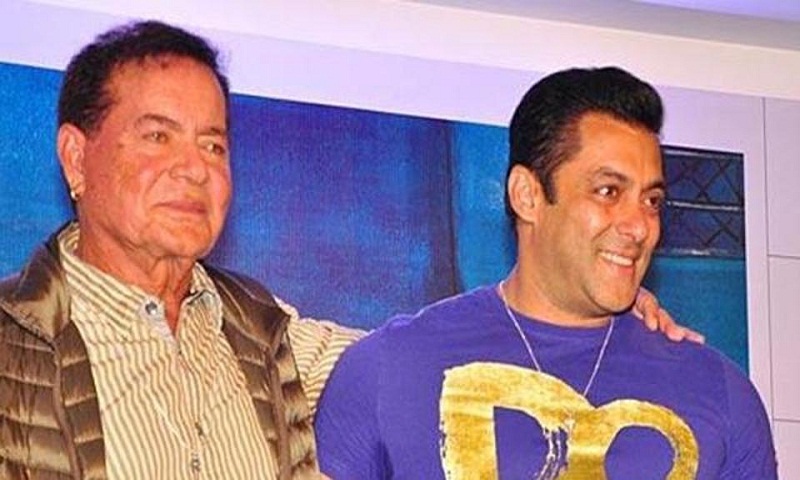 Actor Salman Khan has been sharing candid family videos on Instagram for a few days and has been surprising his fans each time. The actor has now shared a video of him joining his father Salim Khan as the latter sings an old Hindi classic.

The video shows Salim crooning Suhaani Raat Dhal Chuki with all his soul and Salman also joining him in his musical stint. Salman captioned it, “The Sultan, Tiger, Bharat of our family . . Singing.”

The song was originally sung by Mohammad Rafi in the 1949 film Dulari. The song has been written by Shakeel Badayuni with music by Naushad. The film starred Sureshas Prem G. Shankar, Shyam Kumar , Madhubala and Geeta Bali.

Salim Khan was a noted writer in his time and wrote some of the biggest Bollywood blockbusters such as Sholay and Mr India in collaboration with Javed Akhtar. Salman Khan, too, has a penchant for singing and often goes behind the mic for his films.

Salman had sung the title song Main Hoon Hero Tera of his production venture, Hero. His recent songs include Selfish in Race 3 and Jag Ghoomeya in Sultan.

Among other videos shared by Salman in recent days, the one showing him performing a back flip before jumping into the pool got him a lot of appreciation. His fans wondered if he was actually 53. He also shared videos of his fun time with his nephews : Sohail Khan’s sons Yohaan and Nirvaan, Arbaaz Khan’s son Arhaan and Arpita Khan’s son Ahil.

Salman is currently basking in the success of his latest release Bharat. The film crossed the Rs 200 crore at the domestic box office and is still running in the theatres. He is currently shooting for Dabangg 3, which is scheduled to hit theatres on December 20.