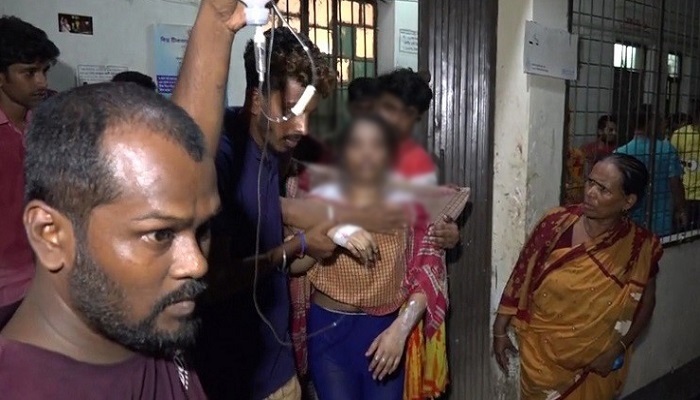 The Narsingdi girl, who was set on fire pouring kerosene over her body on June 13, died at hospital on this morning (Wednesday) after 13 days of fighting for her life.

The victim Phulon Barman, 22, daughter of Shital Barman at Birpur in Narsingdi district town, was a college student. She suffered burn injury on 20% of her body during the incident.

According to the victim’s family, she was on her way home from a nearby store when two miscreants grabbed her and took her to a secluded nearby location. Then they poured kerosene on her and set her on fire. They fled following the incident.

After hearing her screams, locals rescued the victim and took her to Narsingdi Sadar Hospital at first, and later to the burn unit of Dhaka Medical College Hospital (DMCH).

Phulon passed her HSC examination last year and has not yet enrolled in university.

Meanwhile, Detective Branch (DB) of police has detained a suspect named Sanjib Roy, 24, in connection to the incident.