US Ambassador calls on BRUR VC 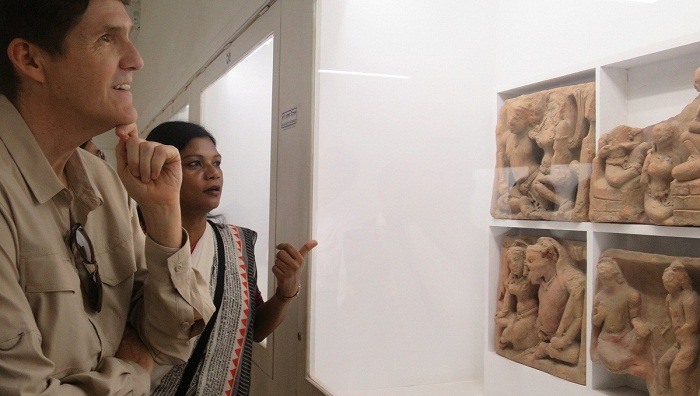 They discussed issues of mutual interest to both countries such as exchange of faculties, researchers and students.

BRUR Vice Chancellor Professor Dr Major Nazmul Ahsan Kalimullah, BNCCO apprised the ambassador of academic programs and research of this University. The VC thanked the ambassador for his visit to BRUR.

Earlier, BRUR Registrar Abu Hena Mostafa Kamal received the US Ambassador to Bangladesh Earl Miller and his spouse. After that, VC of BRUR welcomed them and exchange the mementos with Earl Miller.