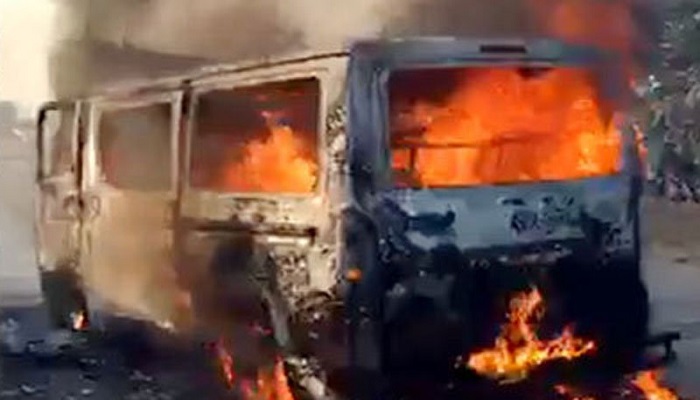 At least 20 people including children and women received burn injuries in a fire, set by an explosion of a microbus gas cylinder at Patiya in Chattogram.

The accident took place on Chattogram-Cox’s Bazar highway when the vehicle was on its way from Shah Amanat International Airport towards Chandnaish.

The injured were rushed to the Chattogram Medical College and Hospital, where they have been receiving treatment of burn injuries.

Physician Narayan Dhar, Sub-resister of the hospital said seventy wounded person were admitted to the hospital with medium to severe burns till now and some of the victims suffered 30 to 35 percent burns.

After the accident, firefighters of the Chattogram Fire Service and Civil Defense conducted a rescue operation and sent the wounded to the hospital. Local people also joined in the operation.

Chattogram police informed all of them are primarily believed to be members of a family or relatives, who went to receive or see off a relative in the Chattogram airport.