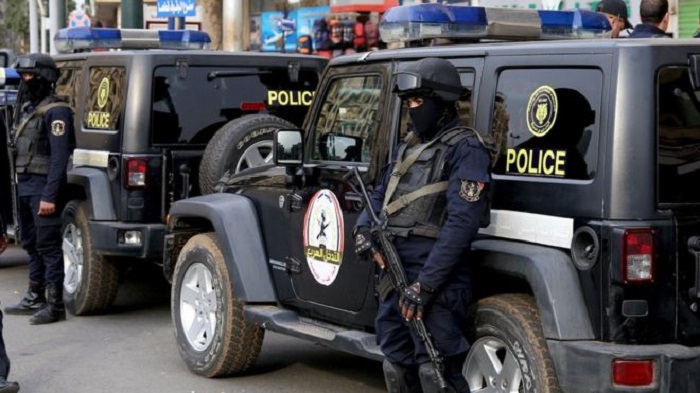 Egyptian authorities raided 19 businesses Tuesday allegedly tied to the Muslim Brotherhood and accused of funding a plot to overthrow the state, the interior ministry said.

Footage broadcast on Egyptian television showed police officers raiding the firms in the capital Cairo and the cities of Alexandria and Ismaila.

The busts were in response to the businesses allegedly funding a plot "intent on overthrowing the state and its institutions" this month, the interior ministry said in a statement.

A total of 250 million Egyptian pounds ($15 million) was seized in the raids, according to the ministry statement.

The government did not detail the type of businesses targeted, but said they were affiliated with the outlawed Muslim Brotherhood group.

They were part of a plan along with groups "claiming to represent civil political forces" which sought to carry out "violent acts and unrest against the state", according to the interior ministry.

At least eight people were arrested, including businessmen, journalists and political figures such as prominent human rights lawyer Zyad el-Elaimy.

His mother Ekram Youssef said he was visiting a friend in Maadi, a Cairo suburb, when he was arrested in the early hours of Tuesday.

"Some people grabbed him so he started shouting to his friend. He eventually cooperated with them once the friend came," she told AFP.

Elaimy played a key role in the movement that unseated autocrat Hosni Mubarak in 2011 and he subsequently served as a lawmaker for a year.

Hassan Barbary, another of those arrested, has initially been charged with joining and funding a terror group, according to the Egyptian Commission for Rights and Freedoms.

He was placed in temporary detention for 15 days, the rights group said.

Amnesty International called the arrests "chilling" and slammed Egyptian authorities for their "systematic persecution and brutal crackdown on anyone who dares to criticise them".

"The crackdown leaves no doubt about the authorities' vision for political life in Egypt; an open air prison with no opposition, critics, or independent reporting allowed," said Magdalena Mughrabi, the group's North Africa research director.

Since the 2013 military overthrow of elected Brotherhood president Mohamed Morsi -- who died last week after collapsing in court -- there has been a widespread crackdown on dissent.

Thousands of Islamists as well as secularists have been jailed following trials criticised internationally, while Egypt says it is countering terrorism.