Michael Jackson: Remembering a man with a heart too big 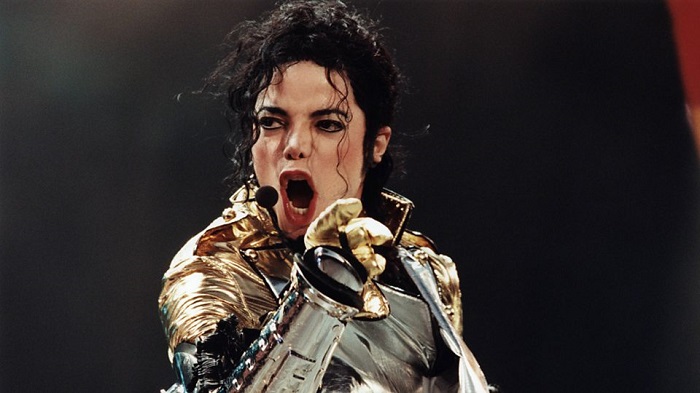 June 25, 2009. Like another day for the world, the sun rose from the east and shone brightly, the month was marked one of the hottest of the year in America. Heat was intense.

It was a Thursday afternoon when a 911 call was made from the affluent neighborhood of Holmby Hills in Los Angeles, California, describing a 50 year old man was not breathing and was unconscious. The phone call ended with the medics assuring they would be there shortly.

It was not until the paramedic ambulances arriving outside of the residence of the gentleman in question, that the Holmby Hills, California and eventually, the world found out what was happening.

In seconds, almost all major news networks, social media sites, radio stations worldwide reported that the King of Pop, Michael Jackson had passed away suffering from a cardiac arrest.

The reactions were severe, they were extraordinary, but not shocking or unpredictable, the outcry was not a surprise. The world had just lost an icon, an entertainer with talent that was unmatched and music lost its most transcendent symbol.

This was an event in history that was not to be forgotten anytime soon, an occasion that could not be gotten over in a couple of months.

And this June 25th, marking 10 years since MJ left, it can be assured that his departure has not been erased from our memories to this day.

To describe Michael Jackson’s impact as just “great” would be a criminally serious understatement, and also to state music as the only category to be impacted by him, would be an equal underestimation.

In 2000, the Guinness Book of World Records dubbed him as the most philanthropic pop star in history. His world tours not only consisted of captivating the audiences with his groundbreaking hits and iconic choreography. But after almost every show, yes, every show, he visited children’s hospitals with hundreds of bags of toys, gifts and spent hours talking to and comforting children.

One notable incident in Budapest in 1994, while the star was visiting a hospital accompanied by then wife Lisa Marie Presley, he came across a 4 year old boy, named Bela Farkas who was suffering from a congenital liver disease that left the boy unable to digest  food, he was given 4 months to live.

Jackson, upon hearing, decided to pay for an emergency liver transplant and the entire costs for the procedure, also the child’s recovery afterwards. Today the boy lives to be 29 years old, thanking MJ for saving his life.

This was one of many incidents where Michael Jackson helped saving lives, another dating back to the 80’s, an American teenager named Ryan White diagnosed with AIDS after a contaminated blood treatment, was expelled from school and was deemed a risk by residents of his hometown in Indiana.

Michael Jackson had heard about the boy and invited the boy to spend time with him on tours and his Neverland Ranch Valley. The singer would keep in touch with the boy over the phone during his tours and provided his mother emotional support.

With given only six months to live, White shocked doctors and lived 5 years. Jackson covered funeral costs for the boy and over the course of their friendship, showered him with gifts and also Ryan’s favorite car. He dedicated to the boy a song called ‘Gone Too Soon’ featured on his Dangerous album.

Michael Jackson had donated over $500 million dollars to charity and proceeds from his shows would go to a charity based in the location of concert.

He established ‘Heal the World’ foundation to fight homelessness, child abuse and world hunger. While donations were made in declaration, he made countless donations anonymously and would visit hospitals discreetly to avoid media attention.

Even heard in an unsettling voice recording of a phone conversation with his personal doctor, the star can be heard, although in a slurred speech, stating his wish to build a Michael Jackson’s Children Hospital.

His magical residence Neverland Valley Ranch, consisted of an amusement park and a zoo, all attractions to be enjoyed free of cost. Even in personal friendships, Michael had a reputation of gifting without notice and giving his friends things that he owned, if they only merely mentioned that they liked it.

Actor Chris Tucker told a hilarious story about how Michael gifted him a plasma screen television the very next day after he expressed his liking for one that Jackson had. Even in his toughest hours, in the midst of defamatory and controversial allegations and events, Michael Jackson continued to donate, continued to give and continued to love.

Michael Jackson’s life was not a smooth ride, steeped with situations landing him in hot water almost every other day. And it seems even in death, his character is not spared.

In an era defined by important and empowering movements like the #TimesUp and #MeToo, it is mandatory undoubtedly that we pay attention and listen to those affected, those hurt, but it is also vital that we as spectators carry out our due diligence of researching and not have our opinions swayed by the hysteria.

In light of recent yet continuously recycled allegations brought against Jackson thanks to the HBO film, “Leaving Neverland”, it did seem like this is the final straw for his legacy to thrive, that this would do it. But as always, just like every other incident concerning the matter, the accusations made in this movie are filled with major discrepancies, whether about timelines stated or the place of abuse, the inconsistencies are mind blowing and hurtful.

All claims made throughout Michael Jackson’s lifetime against his character can be debunked and absolutely disregarded in under 15 minutes, the FBI records confirming the decade long investigation resulting in nothing but blank pages of evidence against the star, the recorded phone conversation between the very first accuser’s father clearly explaining how MJ will “not sell a single record” if he can go through with his plan, the court transcripts of the two individuals appearing in the film and most importantly, the verdict announced in 2005, declaring Michael Jackson NOT GUILTY on all 14 counts of claims.

While it is crucial we pay heed to the stories of those that actually suffer and have nothing to gain from their tales but justice, we must not replace our common sense with emotional distractions caused by mass media.

Michael Jackson remains an exemplar of artistic greatness but an apparent but ignored quality of the incredible singer and amazing mover was his vulnerability and his nobility.

His legacy is far too significant to tarnish so easily and his strength and perseverance still resonates through his art and minor glitches can easily be dealt with, obviously his gift of music and dance was what we know and love him most for, but his true gift was the fact that he harbored in him a big heart and a gentle soul who never stopped trying to make this world a better place, for you and for me.

June 25, 2009 was an event of global heartbreak, and this year it will remain the same.