Facebook's Libra may be quite attractive in developing countries 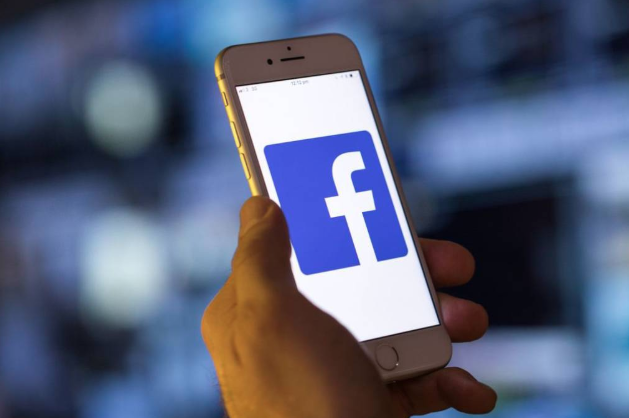 Facebook’s Libra cryptocurrency has taken a lot of criticism from Western government officials and media commentators – but it’s not meant for them. A major target market for the Libra is users in developing countries.

From researching cryptocurrency, blockchain and other technologies in the context of developing countries, I can see that digital payment systems are already attractive. Libra may potentially be even more so, because Facebook has the money and technological advances that could make Libra easier than many existing methods.

India is WhatsApp’s biggest market, with more than 300 million users. There are 120 million WhatsApp users in Brazil. In those two countries, 80% of small businesses use WhatsApp as part of their business activities, such as exchanging bills and receipts with customers and suppliers.

WhatsApp has been testing a new feature called WhatsApp Pay, which lets users send money directly to each other’s bank accounts. It’s only available in India, where there are 1 million users – and it’s not the only peer-to-peer funds transfer service in the country. In addition to sending each other money, people also use WhatsApp Pay for buying goods and services from vendors.

However, WhatsApp Pay depends on the Indian government’s Unified Payments Interface to handle the transactions. That means banks have to pay a fee to let their customers use the service.

Libra could be cheaper to use, and could expand WhatsApp Pay’s reach far beyond India. Expanding the service across many countries could prove a huge opportunity for families with members working overseas. Many people who emigrate from developing countries to more developed nations send money back home to help their families get by. In 2018, people sent US$689 billion to family members in other countries – and $529 billion of that money went to people in low- and middle-income nations.

The fees for those services are enormous – $25 billion a year, or 3.5% of the total amount sent. Facebook knows that saving money on these transfers, which the financial industry calls “remittances,” would be a huge draw, letting emigrants send home most or all of the fee savings, rather than paying it to middlemen.

In addition, Facebook’s Libra is designed to be a place to hold users’ funds, as well as allow people to exchange money. That could reduce, or even eliminate, fees for other transactions too. People who use other online financial services like PayPal and Coinbase, could also connect to their Libra wallets, further expanding how useful a digital wallet could be.

There are other companies developing similar services. Humaniq, for instance, is a blockchain startup that offers its 500,000 users in 46 developing nations a digital wallet coupled with an online chat service. Its customers can exchange money and messages through its app.

But Humaniq is a young company with more limited resources and a short track record of success and security. Facebook is much better positioned to dominate. In addition to its enormous user base, Facebook has the programming expertise to design user-friendly interfaces. For instance, WhatsApp already provides messaging in 13 Indian languages.

Libra is intended to integrate with Facebook Messenger and WhatsApp so its users can also send money back and forth just as easily as they send text messages. Libra’s other partners include financial and technology giants like Visa, PayPal, Spotify and Uber, who are equally experienced at providing users with easy experiences.

Cryptocurrencies, including the Libra, can prove attractive to consumers and businesses in economies suffering from high inflation, high interest rates and unstable currency exchange rates. For instance, the Argentinian e-commerce company Avalanchaoffers a 10% discount for payments in bitcoin. That makes sense because the Argentinian peso lost half its value in the first eight months of 2018. If a customer pays with a credit card, Avalancha may not get its money for a month – and that money may not be worth what it once was.

Libra also has the potential to transform the extremely inefficient microlending industry. For instance, the person-to-person microlending site Kiva has, over the past 15 years, let 1.6 million people provide small-amount loans totaling more than $1 billion to more than 2 million needy entrepreneurs in developing countries. But Kiva doesn’t lend the money directly to these budding businesspeople. Instead, it works with local microfinance institutions, most of which charge exorbitantly high interest rates, averaging around 40%.

Kiva is another backer of Libra, no doubt hoping to make its lending even more effective by directly transferring money from donors and investors to its entrepreneurs.

Cryptocurrency systems are attractive to people in developing countries because they have the potential for greater security. Digital payment systems in developing countries, such as the M-Pesa, are increasingly popular targets for hackers and cyber-thieves. Many users of India’s UPI system have also been victims of financial cybercrime.

Libra has the potential to bring many benefits, but only if it can address a wide range of national and international concerns, from financial regulators and consumers alike. Facebook must prove that the Libra system can combat money laundering and fraud both at the sending end of a transaction and the receiving end.

At the same time, Facebook will have to convince its customers that it can keep their financial information private. Libra’s integration with WhatsApp and Facebook, and potentially Instagram, suggests financial accounts will be linked to social media identities. Facebook has alarmed regulators and customers alike with its violations, and exploitations, of users’ privacy.

On an even wider scale, some governments – in both developing nations and developed ones – are worried Facebook might become a “shadow bank,” a place to store money that’s not subject to regulations regular banks are. Others have expressed concern about the sovereignty implications of a private company issuing its own currency.

Facebook has a lot of work to do before Libra can live up to its potential – and there’s no guarantee that will happen. But it is clear that consumers and businesses in developing countries want technological help engaging in transactions and storing money.

This article is republished from The Conversation under a Creative Commons license. Read the original article here: http://theconversation.com/facebooks-libra-may-be-quite-attractive-in-developing-countries-119206.