Tigers’ blueprint to outsmart India in next game 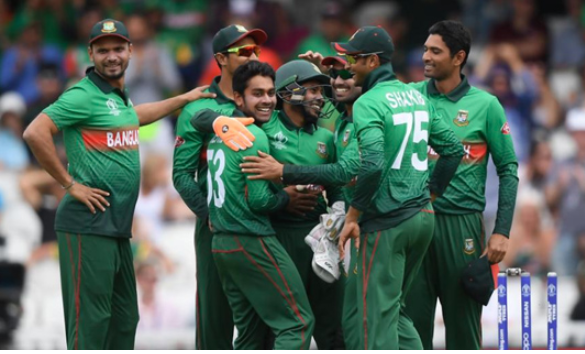 After beating Afghanistan in a crucial game on Monday, Bangladesh now needs to win the remaining two matches against India and Pakistan to give it a shot to make the World Cup semifinal.

While it is believed that they can beat Pakistan, the only tension in the team is now how to beat India, a team red-hot favourite to win the trophy and also has been in great form.

Last time Bangladesh beat India in any format of cricket back in 2015 at home soil when they took the three-match series, winning it by 2-1 thanks to a groundbreaking debut series of Mustafizur Rahman.

After that Bangladesh could never beat India in any format of cricket but they came close several times. In their last three meeting, the game went down the wire and India had to win the game against Bangladesh in last ball. But as Shakib Al Hasan said, Bangladesh have the capability to beat India in this tournament, the ace all-rounder himself presented a plan to how they can outclass India on July 2 at Birmingham.

Shakib believes picking wickets in the batting power-play will help the spinners take reign of the game against India.

According to Shakib without taking early wickets it will be difficult to control the match considering the batting style of Rohit Sharman, who once gets set, used to make it big.

Moreover India’s top order are used to make the bulk of the runs and if they are taken out early, India’s middle order, which proved to be vulnerable time and again, would be easy prey as Afghanistan had already showed.

But the problem is wickets in the first power-play have been rare for Bangladeshi bowlers in this World Cup. Front line bowlers Mashrafe Bin Mortaza, Mustafizur Rahman failed to deliver the early breakthrough.

In the six matches Bangladesh has played so far in the World cup, they have just picked up four wickets in the first ten overs.

It’s an area that Bangladesh is lacking in this tournament and it can prove to be costly against India.

Shakib said Bangladesh must target two-three wickets in the first power-play to put pressure on the opposition batsman.

“When you fail to start well in a match it becomes difficult. If we can take two wickets in first ten overs, the best things can happen. If we take three, there is nothing better than that. But we have to target of taking at least two wickets, other than that when spinners come next they fail to put the pressure” said Shakib.

“When two batsmen get set in the crease, they can play very easily. But if the wickets fell in regular interval then spinners get much help, because then they will be able to go hard at the new batsman and put up the pressure” he remarked.