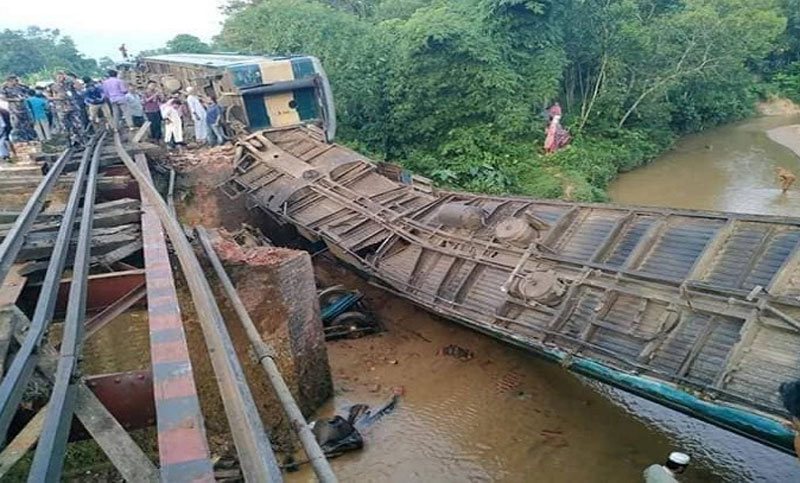 In a condolence message, he prayed for salvation of the departed souls and conveyed his sympathy to the bereaved family members, said a PID handout.

It also said the minister is constantly enquiring about the treatment of those injured in the accident.

Four people were killed as Dhaka-bound ‘Upaban Express’ train from Sylhet derailed at Baramchal in Kulaura upazila of Moulvibazar district on Sunday night.