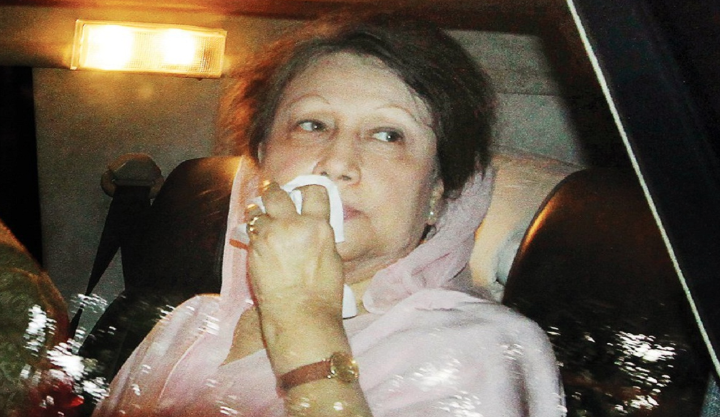 The decision was taken at a meeting of the alliance at BNP chairperson’s Gulshan office on Monday night, said 20-party coordinator Nazrul Islam Khan.

Briefing reporters after the meeting, he said, “We’ve taken a decision to observe various programmes in all metropolitan cities with a demand for immediate release of our leader Khaleda Zia,”

Replying to a question, he said their alliance is a major democratic force in the country and it is united.

The BNP leader said various issues relating to the country’s political situation, proposed budget and farmers’ deprivation of fair prices of their produce came up for discussion at the meeting.

All the top leaders of the most alliance components joined the meeting held with BNP secretary general Mirza Fakhrul Islam Alamgir in the chair.

However, no representative from Jamaat-e-Islami was present at the meeting.